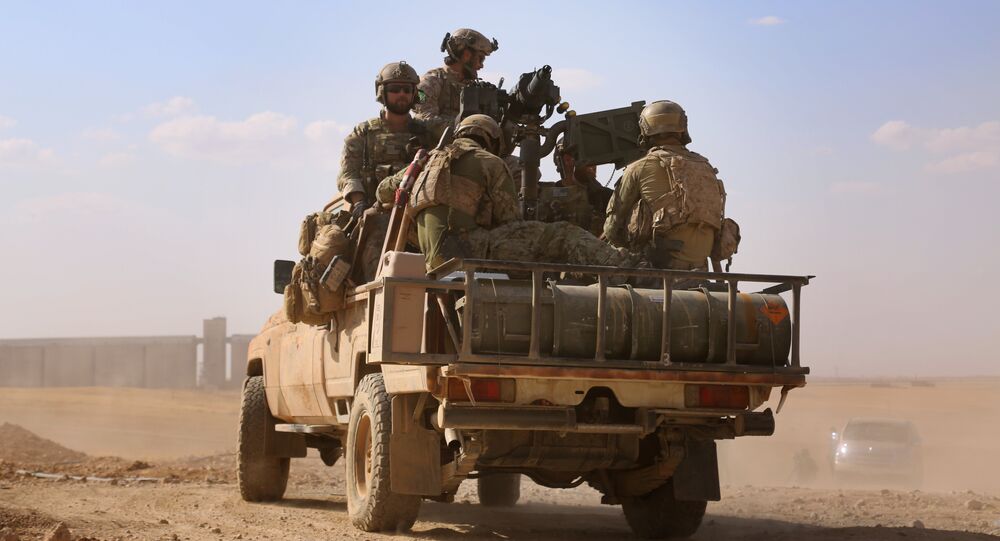 PARIS (Sputnik) - The US decision to withdraw troops from Syria is a victory for the Syrian people, army and their allies, including Russia and Iran, Thierry Mariani, France's ex-transport minister and former member of the National Assembly, told Sputnik on Wednesday.

"First of all, this event is a victory for the Syrian people, the Syrian army, and all those who supported them on the ground – Russia and Iran," Mariani said.

© AP Photo / Hussein Malla
US, French Military Withdraw From Manbij Area in Northern Syria - SDF Source
According to Mariani, it is still too early to talk about the consequences of the US decision to withdraw its troops. The former minister noted that the situation of Idlib, the last insurgency stronghold in Syria, remained unresolved, stressing the need for peaceful solution.

Earlier on Wednesday, US President Donald Trump declared that the United States had defeated the Daesh in Syria, adding that the terrorist group was the only reason that US troops were fighting in the Middle Eastern country during his presidency.

White House spokeswoman Sarah Huckabee Sanders said earlier in the day that US servicemen were returning home from their mission fighting the Daesh terrorist group in Syria.

© AP Photo / APTV
Washington to Continue to Pressure Damascus, Tehran After US Troops Leave Syria - Senior US Official
She stressed that the United States was moving on to the next phase in its campaign in Syria and would continue to work with its allies to fight the radical group.

The US-led coalition of more than 70 countries is conducting military operations against the IS in Syria and Iraq. The coalition's operations in Syria are not authorized by the Syrian government or the UN Security Council.