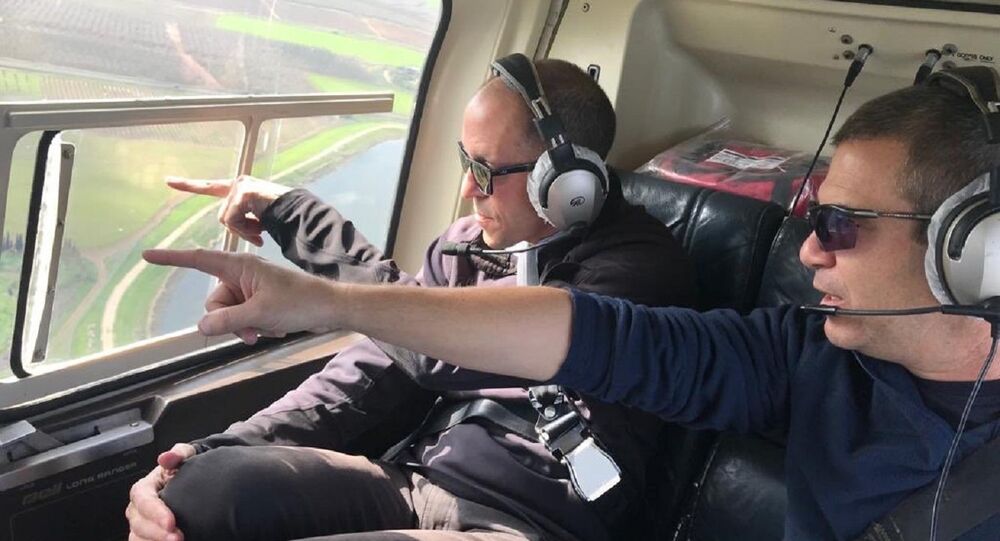 Chris Lehane, Airbnb’s head of global policy and public affairs, was given a helicopter tour over Israel on Tuesday following the company’s decision to remove apartment rental listings from the occupied West Bank.

A pro-Israel group that has called efforts to stop further West Bank settlements a "kind of ethnic cleansing" against Jews organized the tour.

According to Gal Hirsch, an Israel Defense Forces brigadier general and chairman of the Israeli Leadership Institute, the helicopter tour with Lehane was organized by the Israel Project, a US-based non-profit that has previously described attempts to stop illegal Israeli settlements in the West Bank a "kind of ethnic cleansing" of Jews in a document detailing talking points to activists in the group.

The Israel Project also, in 2007, commissioned a focus group to test language that could convince Americans to support US military action against Iran.

Airbnb had listed 139 apartment rentals in the West Bank, which is illegally occupied by Israel according to international law. That's according to a report by Human Rights Watch that was slated to be released one day ahead of the company's announcement of its decision to remove the listings.

From the beginning, Airbnb announced its intention to keep Israeli listings in the rest of Israel, including in East Jerusalem and the Golan Heights, which are also occupied illegally.

Hirsch tweeted a picture of himself with Lehane. According to the Jerusalem Post, Hirsch called it an "advocacy flight, aimed at Hasbara." Hasbara is the Hebrew word for Israeli propaganda aimed at improving the country's image to mostly Western audiences.

"We are here to meet with a variety of stakeholders, and as a result of our meetings have an even deeper understanding that this is an incredibly complex and emotional issue," Airbnb said in a statement.

Confusion reigned Monday following a meeting between Airbnb and Israel's Tourism Ministry as the Israeli government announced that Airbnb had reversed its decision to ban rentals from the West Bank.

Airbnb quickly responded, however, saying that such "reports issued earlier today are inaccurate."

The company went on to criticize the Boycott, Divestment and Sanction movement which seeks to pressure governments and business from supporting or working with companies that profit from the occupation of Palestine. Previously, Ariel Gold, co-director of the anti-war group Codepink, told Sputnik News that Airbnb's decision was a result of pro-boycott activism.

Airbnb still wants to "develop its business in Israel, enabling more tourists from around the world to enjoy the wonders of the country and its people," the company said.