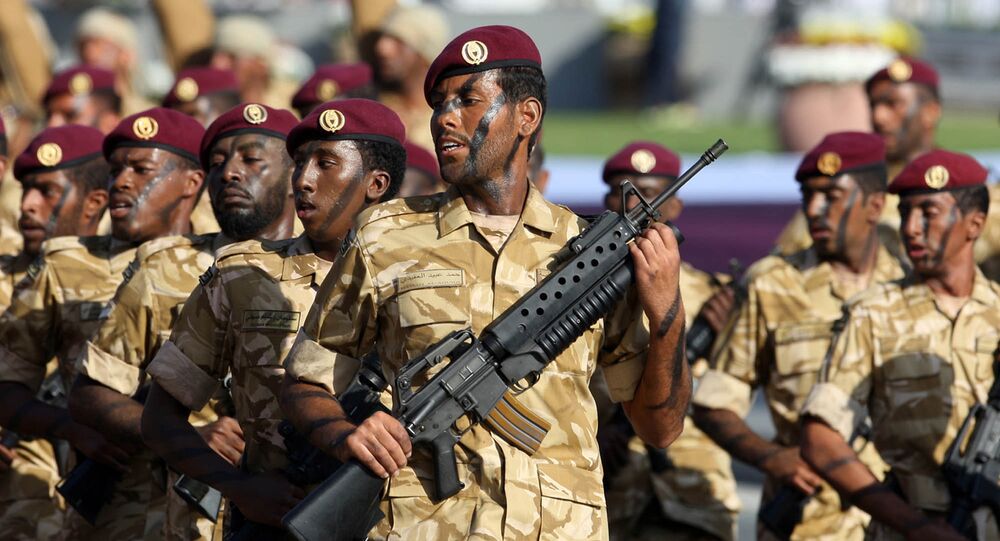 DOHA (Sputnik) - Qatar is set to hold a spectacular military parade later on Tuesday on the occasion of its National Day, which will be held under a motto "Qatar Will Remain Free," the Qatari government’s Communications Office told Sputnik.

The keynote event of the celebrations will become a military parade with the participation of all branches of the Qatari armed forces, including the emir's guard and Civil Defence forces.

According to the government, the parade will demonstrate the transformation of the Qatari armed forces since the founding of the state to the present day — from camel corps to advanced fighters and ships.

© REUTERS / Saudi Press Agency
Qatar Has No Plans to Leave Gulf Cooperation Council Amid Diplomatic Row - FM
Guests of the parade will also see a show of drones. The celebrations will end in a grand firework over the Persian Gulf.

On the eve of the National Day, which is celebrated annually on December 18, the country also held a "parade of friendship," bringing together representatives of more than 70 national diasporas living in Qatar. The whole country was decorated in maroon and white colors of the national flag. The government reported on its achievements in raising living standards of its citizens.

The wide celebrations of the 47th anniversary of the country’s independence come amid the ongoing diplomatic and economic blockade, imposed by the United Arab Emirates, Saudi Arabia, Bahrain and Egypt, among others, on Doha in June 2017. These nations accuse the country of supporting terrorism and interfering in their internal affairs, something that Qatar has vehemently denied.