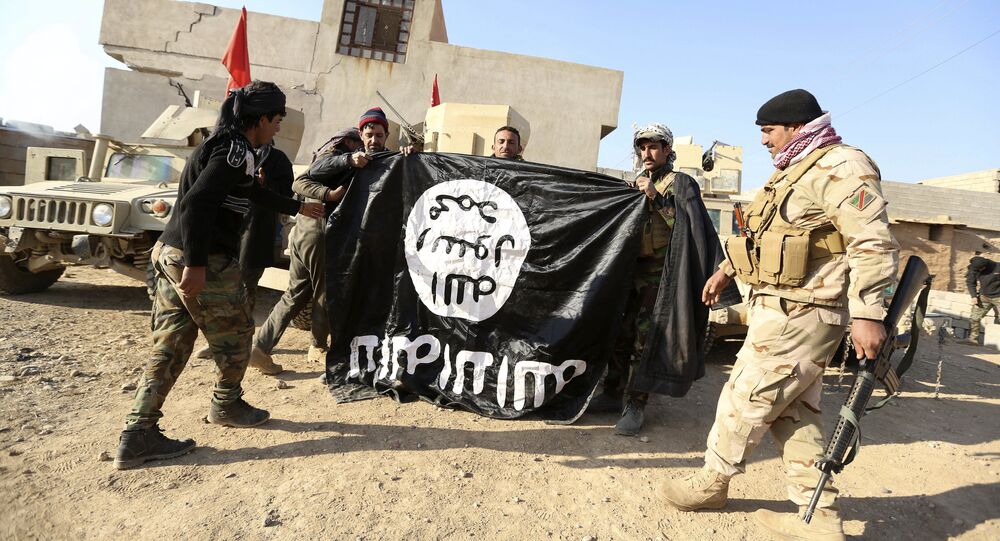 The Iraqi air force on 11 December destroyed two buildings in the city of Hajin in Syria where heads of the Daesh* terror group have held regular meetings, the Defence Ministry of Iraq reported.

"The airstrike completely destroyed two buildings. They were used by top Daesh leadership to conduct regular meetings", the ministry said in a statement.

The information about the airstrikes was confirmed by the US Central Command, which however said that the strikes targeted the city of As Susah.

"Iraqi Security Forces conducted an airstrike against two ISIS locations Dec. 11, 2018 in As Susah, Syria. The airstrike resulted in the destruction of two buildings used by senior ISIS leaders as meeting places; the destruction of these buildings severely degrades ISIS' ability to have command and control over the remaining fighters in and around As Susah," the US Central Command said in a statement.

The Iraqi ministry also highlighted that the recent airstrike had diminished the possibility that the remaining Daesh members could carry out terrorist acts in Hajin province.

The recent airstrike by Iraqi forces comes in wake of the killing late last month of a senior leader of the Daesh terrorist group by the Iraqi Security Forces (ISF) during a military operation in Syria.

In October, the ISF stated that Baghdad was boosting security at its border with Syria in order to prevent terrorists from infiltrating the country.

Earlier, in August, the Iraqi Air Forces carried out air raids against Daesh on the territory of Syria. The operation was coordinated with the Syrian government.

*Daesh (also known as IS/ISIL/ISIS/Islamic State) is a terrorist group banned in Russia.