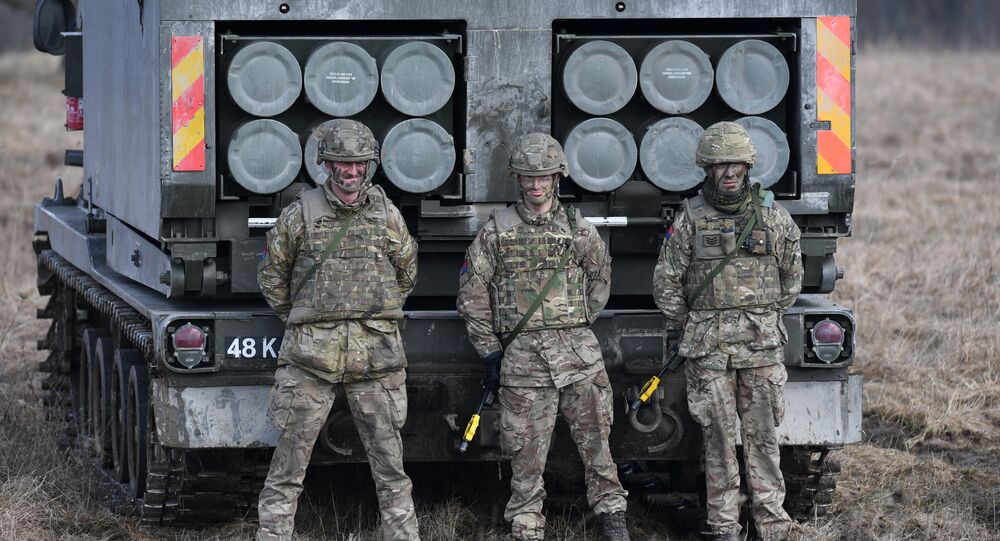 UK to Open Another Military Base in Mideast – Reports

Slightly over a month ago, British Defence Secretary Gavin Williamson announced that a new training base would open in Oman in order to boost the UK’s clout in the region after Brexit is delivered.

The UK government has now reached an agreement with Kuwait to set up a military base in the Gulf state, Middle East Monitor reported, citing Kuwaiti Al-Rai newspaper.

The media outlet wrote that officials from both countries were set to meet Thursday to discuss bilateral cooperation in areas such as military, security, economy, culture, and education.

© AP Photo / Mindaugas Kulbis
UK Set to Open Major Permanent Base in Middle East – Reports
Neither British, nor Kuwaiti authorities have commented on the reports yet.

Another Kuwaiti outlet, Al-Qabas, also referred to anonymous sources who said that the British base would be limited and would begin operating soon.

Al-Rai quoted Deputy Foreign Minister Khalid Al-Jarallah as saying that the UK base had nothing to do with a long-standing border dispute with neighbouring Saudi Arabia. Kuwait and Saudi Arabia agreed to establish the Partitioned Neutral Zone (PNZ) in 1922 in order to settle a territorial dispute over shared oil resources.

Back in October 2018, British Ambassador to Kuwait Michael Davenport stated that the meeting slated for December will focus on operational and logistic aspects of the British forces’ presence in Kuwait.

“We’re looking at all the possibilities. We’re not talking about a major deployment I don’t think, but we’re looking at what might work for both the United Kingdom and for Kuwait. As I say, it’s at a very early stage”, he said at the time.

In early November, British Defence Secretary Gavin Williamson joined over 5,500 British troops in Oman in their largest war games in nearly two decades and announced that the UK would be opening a huge new training base in the Gulf State to expand the country’s influence in the Middle East. UK troops will be deployed to the Omani base in March 2019, he added.