Turkish President Recep Tayyip Erdogan has commented on the assassination of Saudi journalist Jamal Khashoggi and on the possible operation against the Kurdish forces in Syria.

Turkish President Recep Tayyip Erdogan announced on Friday, according to the Anadolu news agency, that the audio tapes on the Khashoggi case point to the active role of the people, close to Saudi Crown Prince Mohammed bin Salman, in the murder of the journalist.

Khashoggi, known for his criticism of the Saudi government, went missing during a visit to the consulate in Istanbul on 2 October. After several weeks of denials, Saudi authorities confirmed that the journalist had been killed at the facility.

READ MORE: Crown Prince Salman's English Teacher Reveals What MBS Was Like as a Child 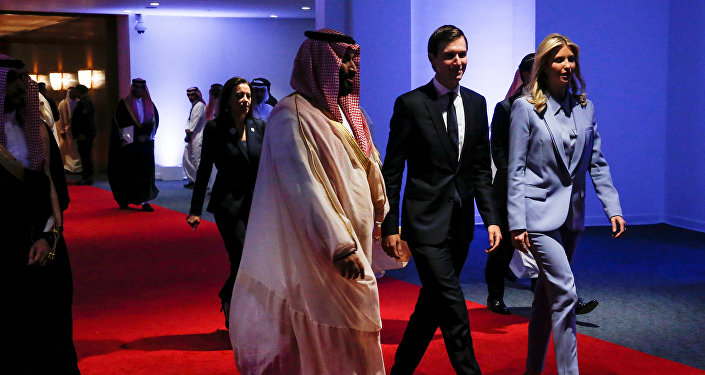 © REUTERS / Jonathan Ernst
Kushner Remained Saudi Crown Prince's Champion in the White House After Khashoggi Killing – Reports
In November, Saudi prosecutors revealed that he had been dismembered at the consulate after being restrained and heavily drugged. Riyadh emphasised that Khashoggi's murder was a "rogue operation", and that the crown prince was not involved in any capacity.

Despite the statements, the US Senate responded to the reports by introducing a resolution seeking to hold Saudi Arabia’s Crown Prince Mohammed bin Salman accountable for the incident and urging the US government and the international community to accept this stance.

The Turkish President Recep Tayyip Erdogan also stated that Ankara was determined to bring peace to the east of the Euphrates in Syria, warning that Turkey would launch an operation against the Kurdish People's Protection Units (YPG) in the Syrian city of Manbij, in case the US does not remove the Kurdish forces from the region.

Ankara and Washington have been repeatedly clashing on the issue of Kurdish troops in the Syrian conflict. According to the Turkish authorities, YPG is a terrorist organisation, linked to the Kurdistan Workers Party (PKK), banned by Ankara, while the American has side supported Kurdish units that joined the US-backed Syrian Democratic Forces.