Abu Kemal, sometimes Latinized as Al-Bukamal, which sits by the Euphrates River near the border with Iraq, was the last stronghold held by Daesh in the eastern Deir Ez-Zor province. The militant movement was evicted by a Syrian Arab Army offensive, dubbed Operation Fajr-3, in late 2017. Now, the nation's Red Crescent has recently unearthed the latest mass grave site in the province, Syrian Arab News Agency reported.

"After examining the remains, it appears that most of the people were executed by bullets to the head, while their hands were tied," an unidentified military officer told SANA Tuesday. Syrian Arab Red Crescent officials are working to recover the at least 101 bodies found at the sites.

As Syrian President Bashar al-Assad's central government in Damascus reestablishes its control over the country, and the civil war that has been raging since 2011 winds down, discoveries of mass grave sites have become regular occurrences in areas formerly controlled by Daesh, which claimed to be setting up an Islamic caliphate in the territory it controlled, and other militant Islamist militias.

Fighting has continued in Deir Ez-Zor, though, with the US military carrying out strikes on Daesh militants in the Syrian city of Hajin, only 15 miles upriver from Abu Kemal, as recently as last week. The Syrian government considers such actions within its own borders, even against mutual enemies, to be a violation of its sovereignty. 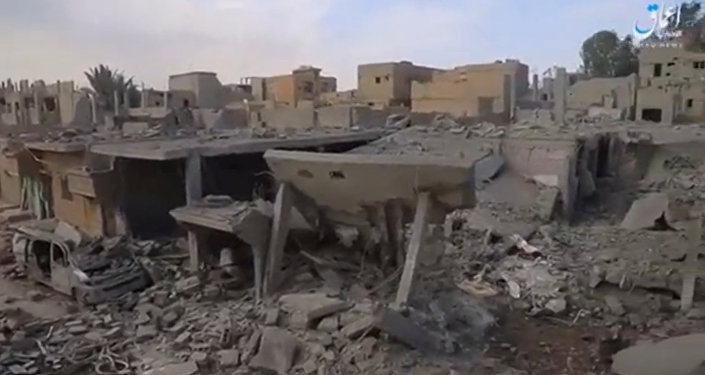 In the neighboring province of Raqqa, where Daesh's self-proclaimed capital was located, at least 1,400 bodies were found in a mass grave in October, and a mass grave in Idlib Province, further to the west where there are still rebel-held areas, was also found that month that contained 12 bodies.

The UN Assistance Mission for Iraq (UNAMI) and the UN Human Rights Office reported last month that over 200 mass grave sites have been found in the areas of northern Iraq that were controlled by Daesh, noting there may be even more, Sputnik reported.