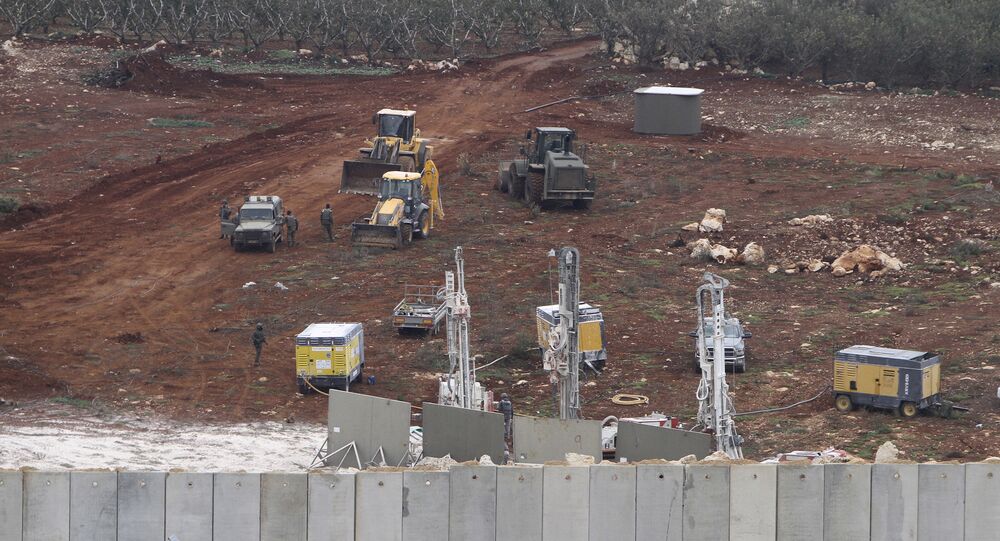 Earlier, the Israeli Defence Forces reported that they had discovered a second tunnel dug from Lebanon into Israel as part of operation Northern Shield, an Israeli campaign to find and destroy tunnels allegedly dug by Hezbollah militants to enable them to illegally transfer militants and arms into Israel.

The media relations department of Lebanese political and militant group Hezbollah has released photos showing what appear to be Israeli troops operating in the border area between Israel and Lebanon, Al-Masdar news has reported.

© CC BY 2.0
Ex-Israeli Defence Chief Lambasts Operation to Destroy Hezbollah Tunnels
One of the photos shows what appears to be UN Interim Force in Lebanon observers monitoring the IDF's operations from the Israeli side of the border in Upper Galilee.

The IDF has not commented on the authenticity of the images.

Israel began Operation Northern Shield last Tuesday. The UN force confirmed the existence of one tunnel running from Lebanese territory into Israel. Beirut has called on Tel Aviv to provide detailed, hard proof about the alleged tunnel network, with a source telling Lebanese media that the tunnel which was found was "old and deserted."

© AP Photo / Syrian Central Military Media
Hezbollah Official: All of Israel Within Reach of Our Missiles
On Thursday, Israeli Prime Minister Benjamin Netanyahu downplayed fears of clashes with Hezbollah over the border operation. On Sunday, Hezbollah second in command Sheikh Naim Qassem warnedTel Aviv there was "not a single point" in Israeli territory that was "out of reach of Hezbollah's missiles" in the event of hostilities.