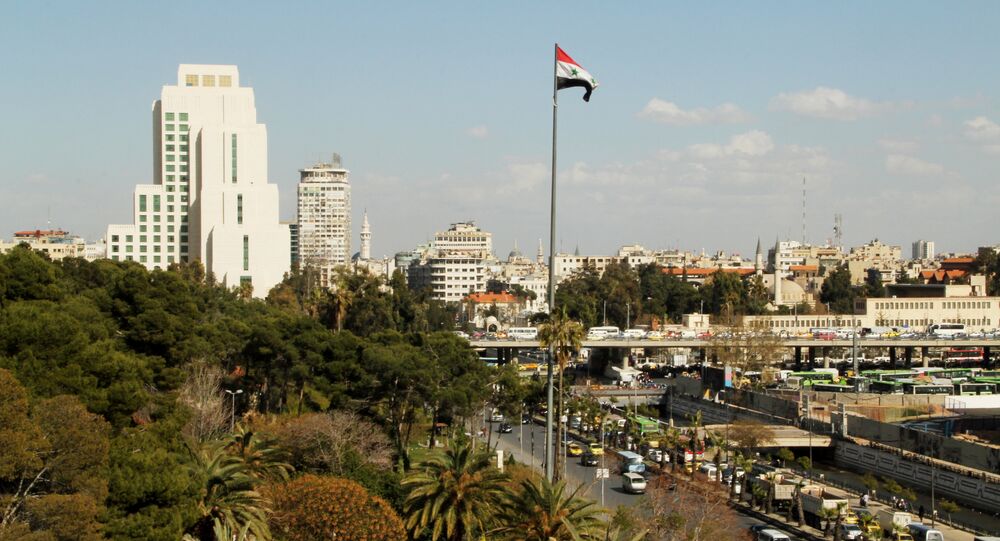 Beverage Manufacturing Kicks Off in Damascus

DAMASCUS (Sputnik) - A plant producing juices and carbonated beverages under the Sinalco brand has begun its work in the Syrian province of Damascus, Sinalco Syria General Manager Haidara Makhlouf told reporters on Sunday.

"The plant's construction began about two years ago. A month ago, the works were completed and currently we are proceeding with production," Makhlouf said.

© Wikipedia / Bernard Gagnon
Damascus is Safer Than Most European Cities - Belgian Traveler
According to Makhlouf, the production's creation cost $2 million. As many as 120 people are currently working at the plant and managing two production lines.

"We are producing 48,000 cans and 18,000 one-liter and two-liter bottles with beverages. The plant's production is currently intended only for Syrian market, but it is planned to export it abroad," Makhlouf said.

Syria has been in a state of conflict since 2011, with the government forces of President Bashar Assad fighting against numerous opposition groups and terrorist organizations. As the Syrian government has regained control over most of the country's territories that were seized by terrorists, the country's authorities proceeded with the economy's recovery and infrastructure reconstruction.