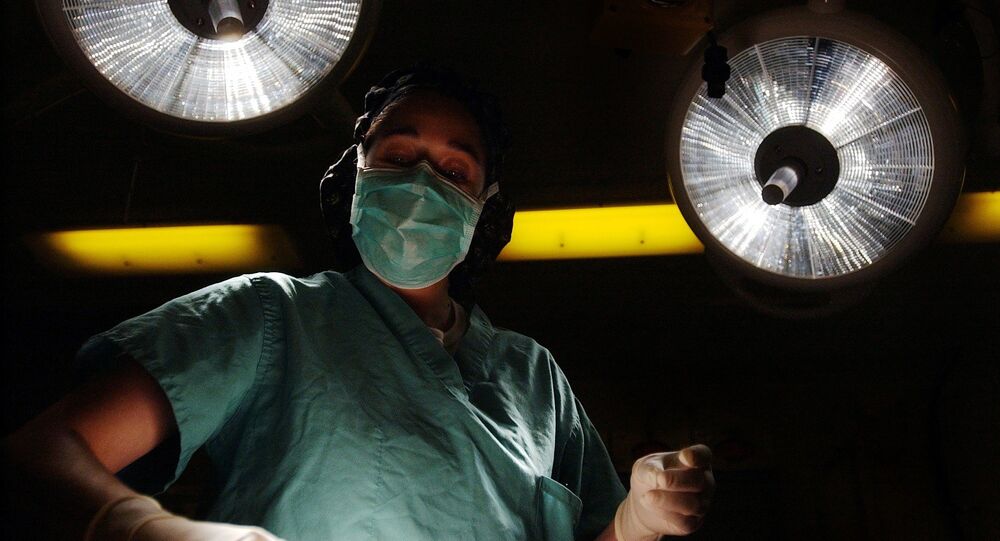 A law on ‘Beauty and Plastic Operations’ could be passed in Iran due to the growing popularity of the services. According to Iranian lawmakers, so-called ‘elf ear’, ‘cat eye’, ‘pig nose’ and ‘camel lip’ - popular surgical procedures, need to be included in the list of ‘extreme’ surgeries due to their unethical and ‘un-Islamic’ nature.

Hassan Noroozi, spokesperson for the judicial and legal committee of the Islamic Consultative Assembly (Islamic Republic Parliament — ed. note Sputnik), noted in a comment for Sputnik that ‘changing the forms of the body of a person created by [God] is rejected in various religions and is considered forbidden. Therefore, Iran will punish lovers of such "un-Islamic" beauty trends according to the country's criminal code: 74 lashes or jail sentences of 10 to 60 days, as well as that surgeons offering such procedures will also be brought to justice and deprived of their licenses.'

It should be noted that Iran occupies a leading position in the ranking of Middle Eastern countries that provide quality plastic surgery. Thus it is also worth asking, to what extent could the ‘Beauty Law' proposed by the Iranian parliament prevent the unusual ‘beauty' trend in the country, and how do Iranian plastic surgeons themselves view the situation?

In an interview with Sputnik, Mohammad Shahin Sadeghi, a leading plastic surgeon, member of the Academic Council of the Shahid Beheshti University of Medical Sciences and Health Services in Tehran, and former vice speaker of the Iranian Mejlis, tried to answer these questions.

© Flickr / Giorgio Montersino
Fantastic Plastic Surgery: Iran is the Best Place to Go Under the Knife
Mohammad Sadeghi: So far, the draft law has not been published in the Bulletin of the Parliament's Health Commission. Before the law enters into force, it will have to receive approval from other commissions of parliament in order to assume its final form. For example, approval of the Parliamentary Food and Drug Administration is very important.

But broadly speaking, I believe that this is a right and good measure to prevent the defacement of human appearance. However, I should note that plastic surgeons themselves sometimes are not against solving problems in surgery, even in unconventional ways.

But we in Iran believe that plastic surgery is science, knowledge, and work based on medical principles. We do not accept non-conventional and immoral surgeries as normal, and we hope that the Ministry of Health and Medical Education, as well as other relevant organizations, will take significant measures to prevent the spread of these types of non-conventional plastic surgeries. This is largely detrimental to the image of our country in the field of plastic surgery.

Sputnik: If this bill is approved, will it only apply to Iranians? Will there be possible exceptions for foreigners who come to Iran for operations, as Iranian specialists in the field of plastic surgery and aesthetics are some of the most experienced and qualified?

Mohammad Sadeghi: We have very highly skilled doctors specializing in organ transplantation, in traditional medicine, and plastic surgery. Many people travel from Europe to Iran for medical services for two important reasons. First of all, the high level of experience of doctors and their global prestige, as well as good and attractive prices for these services in Iran, compared to other countries.

That is why in order to preserve the ‘brand' of quality and patient confidence, elementary principles of medicine must be respected. There must be a scientific approach to everything. ‘Extreme' or non-traditional types of plastic surgery do not fit into the scientific framework or ethical standards. Furthermore, the practice of such operations also spoils the reputation and image of medicine in our country. For this reason, we look forward to no exceptions.

Sputnik: And what is the frequency of such non-traditional operations in Iran now?

Mohammad Sadeghi: At the moment, the number of such operations is not so great, yet not so small: approximately 1 out of every 1,000. But even this number is significant for us. Such amoral fashion must be prevented.