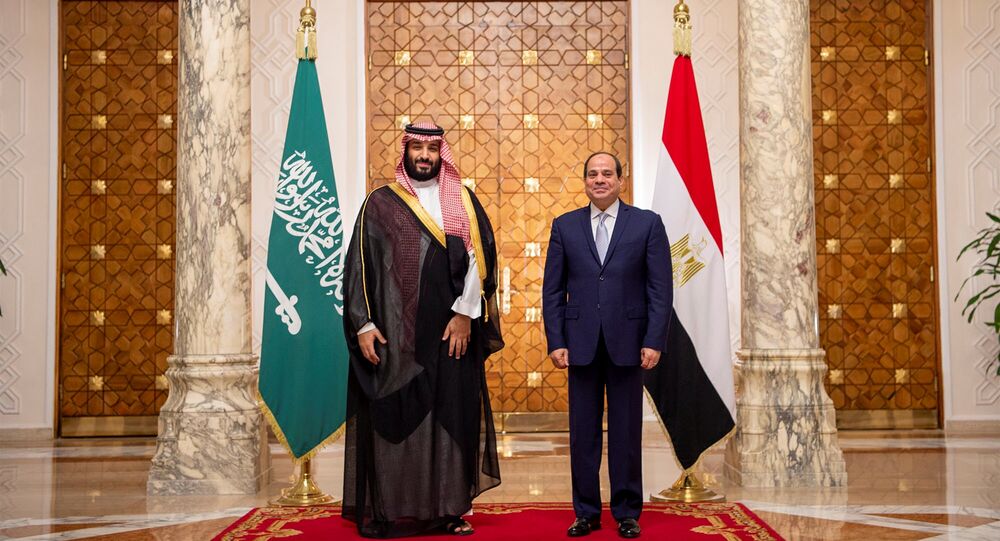 Although Saudi Arabia is officially at a state of war with Israel, reports indicate that the two countries covertly maintain ties, especially with respect to military and intelligence issues. Egypt, in turn, signed a peace treaty with Israel 39 years ago and has since maintained official diplomatic ties with the Jewish state.

The newspaper reported that the two leaders discussed the issue during Bin Salman's visit to Cairo on Monday, when they also focused on US President Donald Trump's peace plan for the Middle East settlement, which is expected to be unveiled in December.

Government officials in Egypt, Saudi Arabia and Israel have yet to comment on the Al-Arabi report.

Earlier this month, Israeli Justice Minister Ayelet Shaked argued that Trump was wasting his time laying out a roadmap for ending her nation’s conflict with Palestinians and that differences were too substantial between Israel and Palestinian Authority.

In September, Trump said he would be ready to present his Middle East peace plan in the coming months after working on it in secret. He stressed that a two-state solution was the best way forward for Israel and Palestine.

White House Senior Adviser Jared Kushner and Special Representative for International Negotiations Jason Greenblatt have been working to put together a US plan that could bring peace to the region.

Last December, Trump announced the recognition of Jerusalem as the capital of Israel and the relocation of the US embassy from Tel Aviv to Jerusalem, in a move that was followed by mass protests among Palestinians.

The Palestinian Authority's President Mahmoud Abbas, for his part, made it clear that Ramallah would no longer accept the United States as a mediator in the Middle Eastern peace process.

© AFP 2021 / STRINGER
Egypt's Parliament Committee Approves Handover of Red Sea Islands to Saudi Arabia
In November 2017, Israeli Prime Minister Benjamin Netanyahu admitted that despite having no diplomatic relations with Riyadh, Tel Aviv had developed "contacts" with Saudi Arabia, which he said "have been kept in general secret".