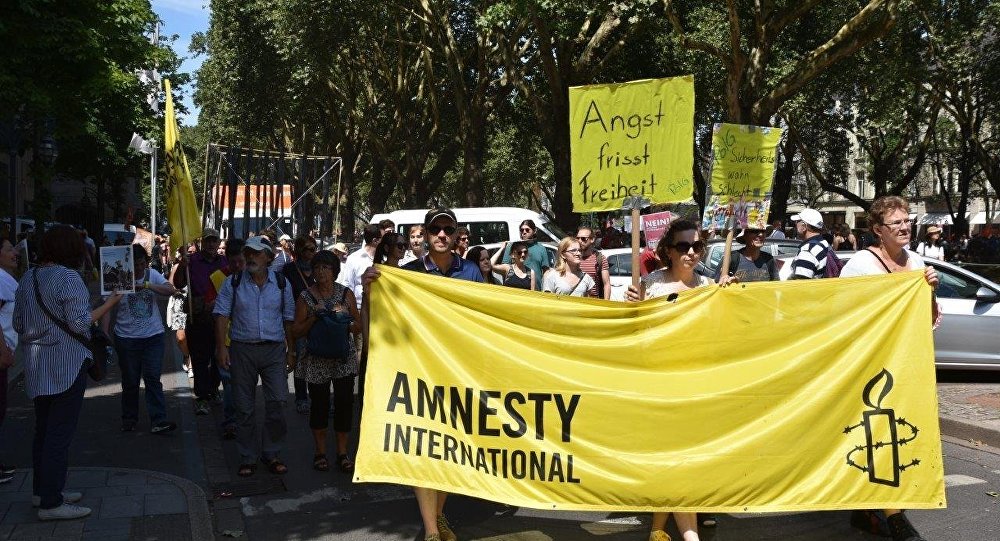 Earlier, the international human rights group accused a secretive Israeli company of selling software to ‘human rights-violating regimes’ that would later use them against dissidents, activists and even Amnesty itself.

Amnesty International is considering suing the Israeli-based NSO Group, which develops one of the most notorious spyware programs in the world — Pegasus — for selling their software without proper control. According to Amnesty, the NSO Group's spy programs have been used to spy on human rights activists around the world, including an Amnesty staffer.

The international human rights organization filed a request with the Israeli Defence Ministry, which is responsible for the country's weapons exports, to revoke NSO's licence to sell software abroad, but the ministry declined. Now Amnesty is undertaking legal consultations on how to proceed and sue the Israeli firm over its alleged offences.

In its accusations, Amnesty relies on an investigation by the Israeli newspaper Haaretz, which allegedly proved that the company offered 'Pegasus' to Saudi Arabia last year, although no firm proof a the contract had been signed was found. Earlier, Amnesty presented its own investigation, revealing how 'Pegasus' was allegedly used in an attempt to hack one of the phones of an Amnesty employee.

The NSO Group responded to Amnesty's accusations in a written statement, saying that its 'product is intended to be used exclusively for the investigation and prevention of crime and terrorism'. They also promised to investigate Amnesty's claims.