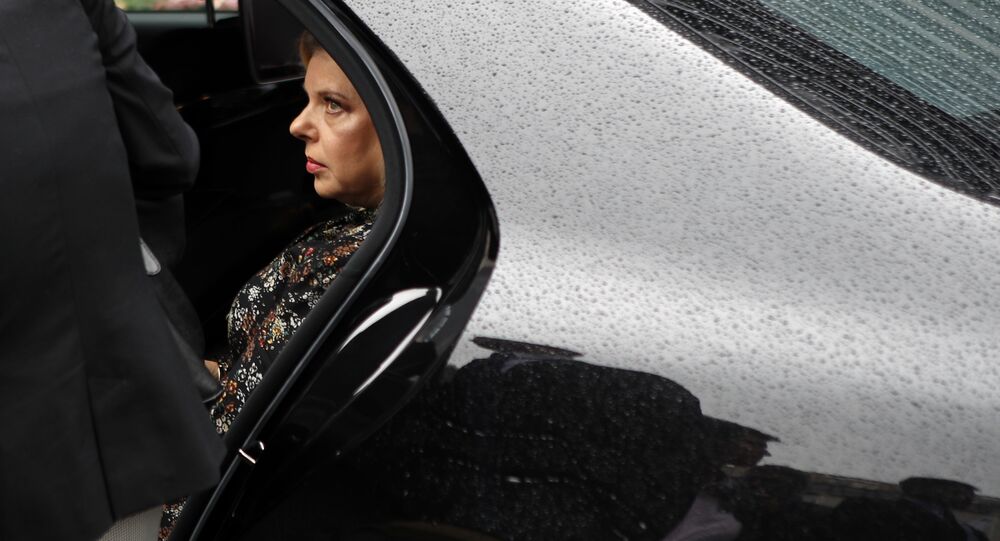 As it follows from the aired comments by Benjamin Netanyahu’s wife, who hours earlier joined her husband for the nationwide events commemorating the International Day for the Elimination of Violence against Women, she “doesn’t really follow these things,” but is “amazed” about her better half’s decision.

Israeli Prime Minister Benjamin Netanyahu’s wife Sarah stated on Sunday that she was “amazed” to learn that her husband had not defended a Knesset proposal to establish a parliamentary inquiry commission with regard to violence against women, suggesting he might not fully acknowledge the purpose of the proposed initiative.

According to Netanyahu himself, he voted “no” because the bill was initiated by the opposition and ultimately defeated Wednesday by 59 votes to 56. Shortly afterwards, Sarah said in response that “this is something that really should not be a matter of coalition and opposition.”

The prime minister announced Sunday that he would summon and chair a new ministerial committee dedicated to combating domestic violence and called for “much more” to be done along these lines in the country, to eradicate the entire issue.

“It is a mark of Cain on society. As a society we must not reach a situation where a woman or child leaves their home in a bodybag,” Netanyahu continued. “Not enough is being done. As a society we need to denounce this. The coalition and the opposition need to unite because this is something common to all of us and it is a stain on society,” he said, with his wife fully backing the motion:

“He has my support and I intend to see this to its conclusion. I want women to no longer be in fear,” Sarah said.

The remarks arrived after she and her husband visited a women’s shelter during scheduled events to mark the International Day for the Elimination of Violence against Women.