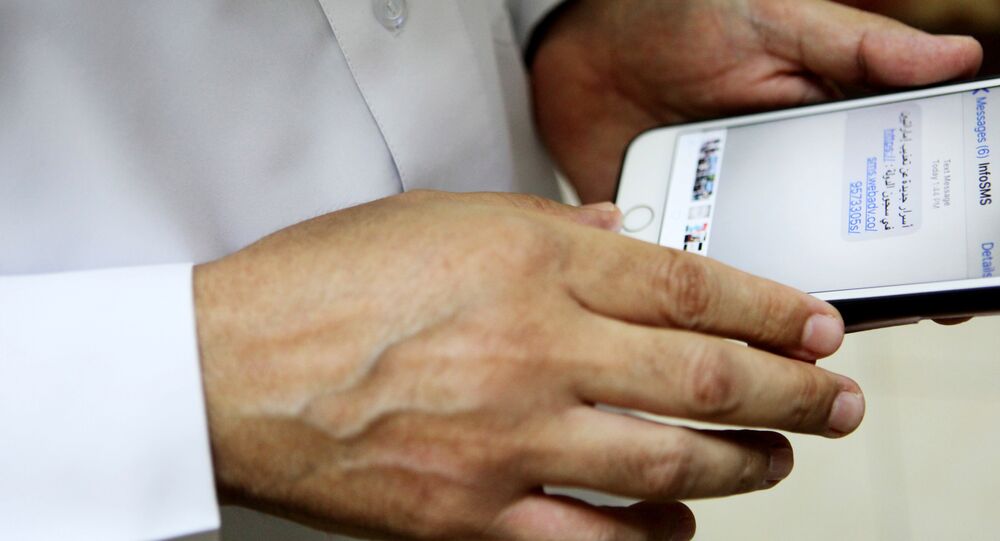 NSO, a secretive spyware firm, has been the target of accusations from Canada and Edward Snowden, who say that it helped the Saudi government spy on dissidents using a cutting-edge espionage tool.

The Israeli cyber intelligence firm NSO Group Technologies was in talks with the Saudis to sell super-stealth spyware, according to a Haaretz report.

The newspaper cites a complaint filed with the Israeli police by a European businessman, who claims that NSO representatives in 2017 offered their Pegasus 3 technology to high-profile Saudi officials. The mobile phone spyware needs only a phone number to ensnare a device. The Saudis included former intelligence chief Prince Turki al-Faisal and Nasser al-Qahtani, a man who "presented himself as the deputy of the current intelligence chief".

The European businessman insists that the Pegasus 3 affair began when he was contacted by "W.", an Israeli dealing in cyber-defense technologies. W. asked him to use his connections in the Persian Gulf states to help do business in the region.

During a series of meetings, he claims, the Saudi officials presented a list of software they sought to obtain to hack into the phones of dissidents in Saudi Arabia and elsewhere. In the summer of 2017, W. negotiated a deal to sell NSO's Pegasus 3 system to the Saudis for $55 million.

Despite an oral agreement with W., the European businessman says that the latter started ignoring his phone calls, when he asked for his 5-percent commission ($2.75 million). The businessman filed the complaint in April 2018 and has since been interrogated by the Israeli police's fraud department and contacted by income tax authorities.

While the Saudi government has yet to comment on the report, NSO dismissed it as "wrong, based on partial rumors and gossip". W., the businessman accused of fraud, has also maintained his innocence: "This is a false and completely baseless complaint, leverage for an act of extortion by the complainants, knowing that there is no basis for their claims and that if they would turn to the relevant courts they would be immediately rejected."

This comes on the heels of a Forbes report that Riyadh used Pegasus 3 to spy on its opponents living abroad such as the London-based comedian Ghanem Almasarir and human rights activist Yahya Assiri as well as activist Omar Abdulaziz, who lives in Canada. All three were in contact with Jamal Khashoggi, the Saudi journalist killed in the Saudi consulate in Istanbul last month.

What Forbes said echoed the report of University of Toronto-based Citizen Lab, which said that the cellphone of Omar Abdulaziz, a critic of the Saudi government's human rights record, was infected with Pegasus spyware.

Moreover, US whistleblower Edward Snowden has recently accused NSO of selling malicious spyware to Riyadh to help them track Jamal Khashoggi, something that the firm denied.

Jamal Khashoggi, a US resident and Washington Post contributor, disappeared in the Saudi Consulate on October 2. For around two weeks, Saudi Arabia denied any knowledge of his whereabouts, but eventually confirmed that he was killed in a "rogue operation" in the consulate. Riyadh arrested 21 individuals suspected of being involved in the murder; five of them are facing the death penalty if they are found guilty.

The Saudis have repeatedly insisted that the royal family, including heir to the throne Crown Prince bin Salman, was not involved in Khashoggi's killing. This contradicts the account of Turkish media, which claim that the CIA has a phone call recording proving that bin Salman had ordered the murder.

Khashoggi Murder: 'It’s Question of Policy Rather Than Who's Responsible' – Prof