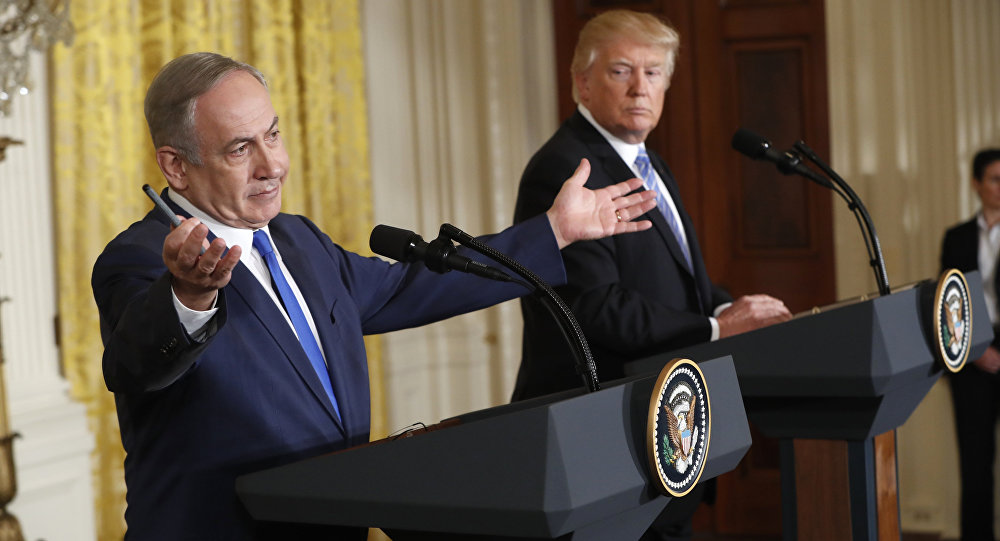 Earlier, Iranian President Hassan Rouhani claimed that the US is undergoing the worst period in its history and that Washington is "more isolated than ever" over its sanctions against the Islamic Republic.

Iranian President Hassan Rouhani has urged Muslims across the world, including those from Saudi Arabia, to remain united in order to prevail over the US and Israel.

"Today, the Muslim world is alone and Muslims should join hands. Relying on outsiders is the biggest historical mistake. Today, there is no way for Muslims except unity and solidarity and if we unite, we can undoubtedly score a victory against the Zionists and the Americans," he said at the 32nd International Islamic Unity Conference in Tehran.

READ MORE: Saudi Arabia Has a Very Specific Plan on How It Wants to Re-Map Iran – Analyst

Commenting on the ties with Saudi Arabia, another major power in the Middle East which has been called Tehran's rival, he stressed that Iranian people perceive them as their "brothers", and that Tehran is ready to defend Saudi Arabia's interests against "terrorism, aggressors and superpowers" without expecting anything in return.

"We will not even request a $450 billion deal from you and will not insult you as we consider you to be our brothers and view the nations of the region and the people of Mecca and Medina as our brothers," Rouhani pointed out.

He made the statement in an apparent reference to election campaign remarks by US President Donald Trump in 2016, during which he described Saudi Arabia as a "milk cow" in terms of Washington selling expensive military hardware to the kingdom.

In this vein, Rouhani urged Saudi leaders to "demand respect" from the US or oppose being "humiliated" by the Trump administration.

Speaking at a campaign rally in West Virginia in late September, Trump said that he had complained that Washington was not getting what it should from Saudi Arabia during a phone conversation with King Salman bin Abdulaziz al-Saud.

Trump added that he had told King Salman that Riyadh has "trillions of dollars" and could pay its military bills.

"I love Saudi Arabia. They are great, King Salman, I spoke with him this morning. I said, king, you have got trillions of dollars. Without us, who knows what’s going to happen. […] With us, that is totally safe. But we don't get what we should be getting," he said.

In April, Iranian Foreign Ministry Spokesman Bahram Qassemi blamed Saudi Crown Prince Mohammed bin Salman for paying "billions of the Saudi people's dollars" to win the support of the US and Israel. He also accused Bin Salman of knowing nothing about the suffering of Muslim nations, including the Palestinians.

In an apparent nod to Iran, Bin Salman told Time magazine earlier that month that Saudi Arabia and Israel have a "common enemy" and that the two countries also have many "potential areas" for bilateral economic cooperation.

© REUTERS / Khaled Abdullah
Tehran: Riyadh Accuses Iran of Arms Supplies to Houthis to 'Cover Up Defeats in Yemen'
In a separate interview with the Atlantic, Bin Salman included Iran in the so-called "triangle of evil," along with the Muslim Brotherhood and Daesh*. He also reiterated his stern remarks regarding Iran's Supreme Leader Iran Ali Khamenei, describing him as "the Hitler of the Middle East."

Iran and Saudi Arabia have been long-time rivals for dominance in the Middle East, where they support opposite sides in the conflicts still underway in Syria and Yemen.

Riyadh cut off diplomatic ties with Iran in January 2016 following protests in front of its diplomatic premises in Tehran and Mashhad. The protests were prompted by the execution of top Iranian Shiite cleric Sheikh Nimr al-Nimr, along with 42 other people convicted of terrorism by Riyadh.

*Daesh, a terrorist group banned in Russia and a number of other countries