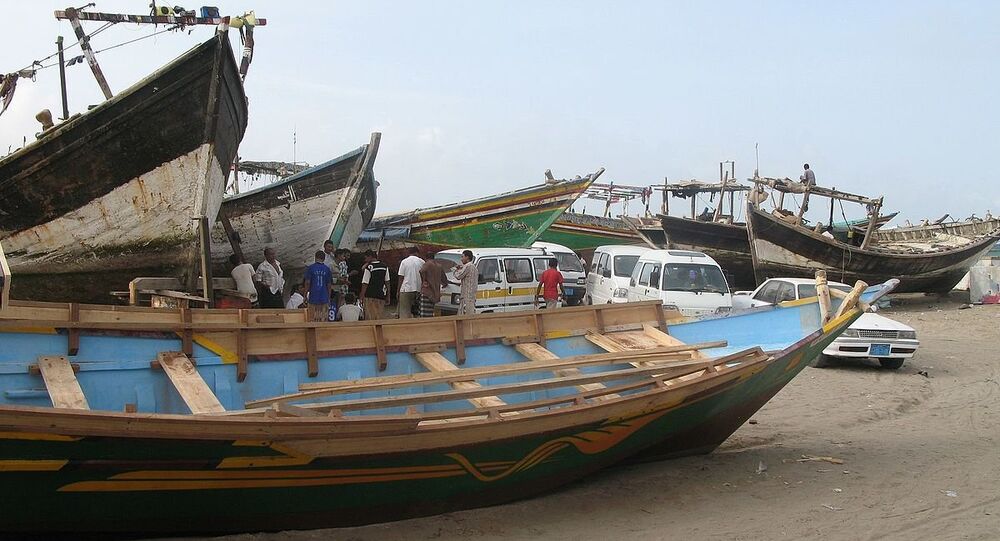 WASHINGTON (Sputnik) - Yemen’s Houthi rebels have agreed to hold discussions aimed at providing to the United Nations the main role in the country's port of Hodeidah, UN Special Envoy for Yemen said on Friday.

"I had the privilege of the meeting yesterday in Sana’a with the Ansar Allah leadership," UN Special Envoy for Yemen Martin Griffiths said in a statement, adding that among other things, the issue how the United Nations could contribute to keeping the peace in Hodeidah has been addressed.

He further noted that the sides have agreed that "the United Nations should now pursue actively and urgently detailed negotiations for a leading UN role in the Port and more broadly."

Griffiths explained that providing the United Nations such a role will save the vital humanitarian channel for Yemen that starts in the port of Hodeidah.

"We hope that it will also contribute to international efforts to increase the capacity and effectiveness of port operations," the special envoy said.

On Wednesday, US State Department spokesperson Heather Nauert said that Hodeidah must be turned over to a neutral party in order to accelerate the distribution of aid in Yemen and prevent the port from being used to smuggle weapons and contraband.

The United Nations has been trying to revive peace talks between the Houthi rebels and the Saudi-backed government in Yemen. A UN plan to organize talks in Geneva in September was abandoned after the Houthis said they were prevented from leaving the country.

Yemen has been gripped by a civil war between the government and the Shiite Houthi movement since 2015. The government, backed by the Saudi-led coalition has been carrying out airstrikes that target areas controlled by the Houthis since March 2015.