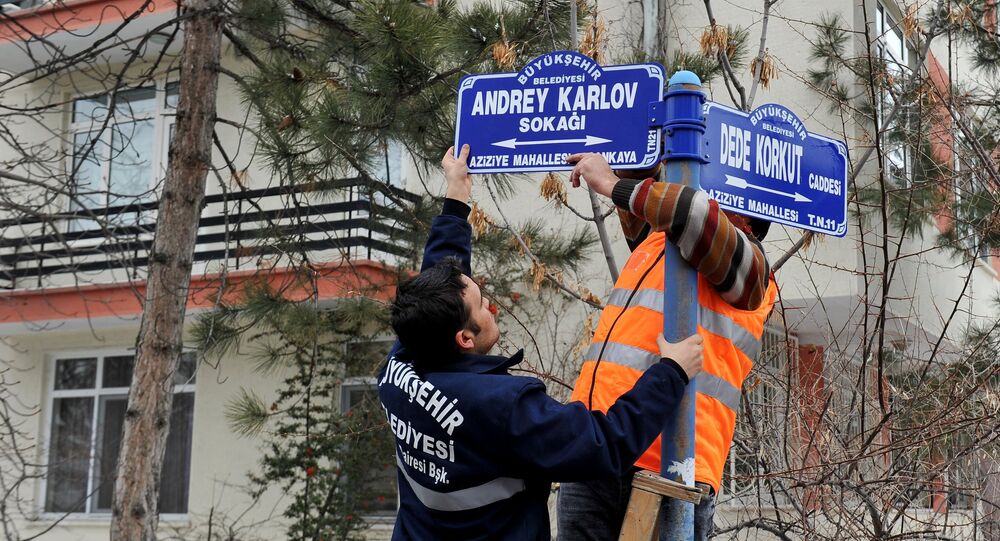 On November 15, the indictment prepared by prosecutor Adem Akinci, who was leading the investigation, was submitted for the approval of the Ankara Chief Public Prosecutor's Office.

© Sputnik / Vladimir Astapkovich
Memorial Week for Remembering Russian Ambassador Karlov to Take Place in Antalya
Russian Ambassador to Ankara Andrey Karlov was shot by an off-duty Turkish police officer, Mevlut Mert Altintas, at the opening of an art gallery exhibition in Ankara on December 19, 2016. The attacker was killed at the scene by the police.

A total of eight people were arrested as part of the investigation, including four former police officers. Mustafa Timur Ozkan, the organizer of the photo exhibition where Karlov was killed, and the head of the publishing group Guru Medya, Hayreddin Aydinbas, were also arrested on charges of involvement in the murder.

The Turkish side has repeatedly voiced suspicions that the movement of Gulen, which Ankara considers as a terrorist organization responsible for the failed 2016 coup in the country, was linked to the attack.