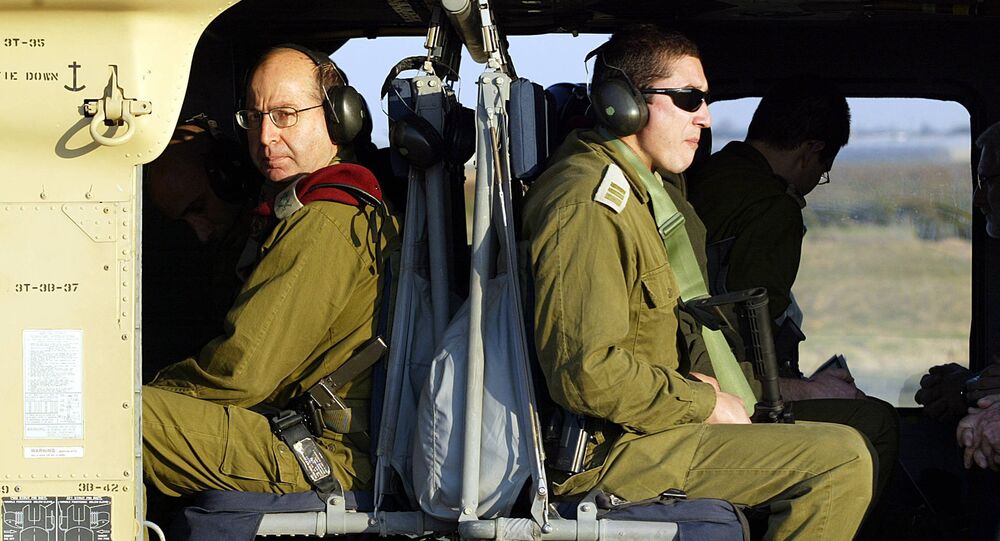 Since Syria's civil war began in in 2011, neighbouring Israel has repeatedly denied its involvement in the fighting but admitted at the same time that it provided humanitarian aid to Syrian civilians within the framework of the Good Neighbour programme.

Speaking at an Israel Democracy Institute conference, Maj. Gen. Gershon Hacohen, a former IDF General Staff Corps commander, explained that he and Yaalon "sat with three Syrian activists from the other side, from Syria," when Yaalon was Israel's defence minister and Hacohen himself was "commanding a corps in the Golan [Heights]".

READ MORE: Retired General Tells Sputnik How Syria Can Get Golan Heights Back From Israel

"They came and Bogie [Yaalon] wanted to understand who they were. He asked one of them, 'Tell me, are you a Salafist?' And he said, 'I really don't know what a Salafist is. If it means that I pray more, then yes. Once I would pray once a week, on Fridays, now I pray five times a day. On the other hand, a Salafist isn't meant to cooperate with the Zionists. I'm sitting with the defence minister of the Zionists. So I don't know'," Hacohen said.

He declined to elaborate on when the alleged meeting between Yaalon and the Syrian operatives took place. Yaalon was named Israel's defence minister in March 2013 and stepped down in 2016, while Hacohen retired from the army in September 2014.

In late June 2018, the IDF said that Israel's military had delivered humanitarian aid to Syrian refugees fleeing the fighting in the country's southwest but added that it wouldn't allow the Syrian civilians to enter the Golan Heights to seek refuge.

In the summer of 2016, Israel admitted that it was providing civil assistance to Syrian villages near the border within the framework of the Good Neighbour Administration programme, which was reportedly shut down earlier this week.

© AFP 2020 / Jalaa Marey
Israel Does Not Exclude Establishment of Ties With Syria's Assad – Defense Chief Lieberman
In 1967, Israel took control of the Golan Heights after the Six-Day War, and in 1981, the Jewish state passed a law stating that it was unilaterally annexing the territory.

Although it never recognized Israeli sovereignty over the Golan Heights, the UN brokered an armistice between the two countries in 1974, forcing Israel out of parts of the Golan Heights and the destroyed capital of Quneitra province.