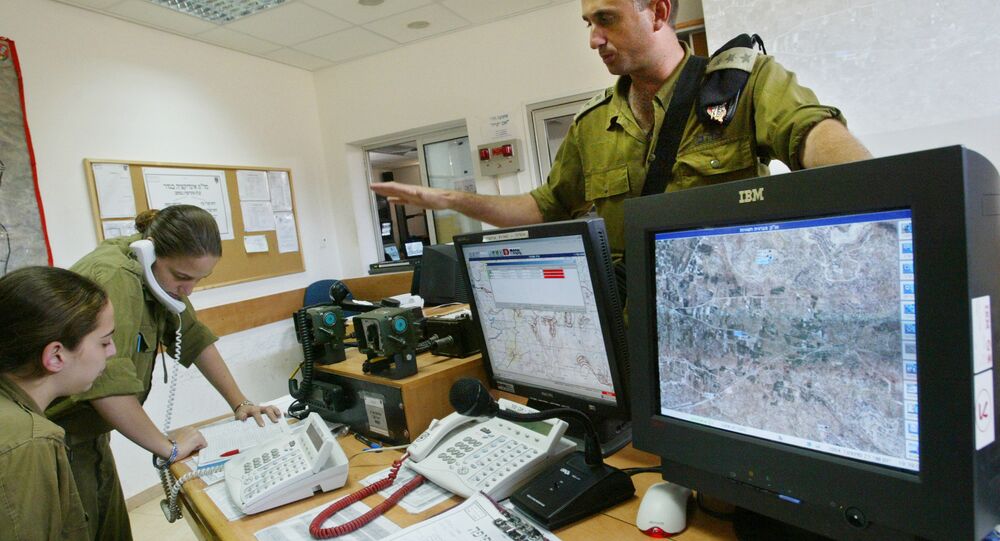 Israel made an attempt to beef up its intelligence cooperation with the Arab Persian Gulf States this month with the visit of Intelligence Minister Yisrael Katz to Oman on November 6. Earlier, Iranian Foreign Minister Javad Zarif accused Israel's Mossad of trying foil Iranian diplomacy through a campaign of "perverse and stubborn" "false flags."

Israel's intelligence services are looking to expand their pool of Iran experts via the 'Iran, Security and Intelligence' program at Ben Gurion High School in Petah Tikva, central Israel, Voice of America reported.

The two year course, run by retired former Shin Bet officer Brig. Gen. Pini Shmilovich, teaches language and conversational skills, while presenting 16 and 17-year-olds with the Israeli perspective of Iran's alleged involvement in regional conflicts with its neighbours, Tehran's support for groups such as Hezbollah and Hamas, and its leaders' advocacy for the destruction of the state of Israel.

© AFP 2020 / THOMAS COEX
Israeli Operations in Syria Curbed Iran and Hezbollah – IDF Chief of Staff
About 50 students are enrolled in the program, which has enjoyed growing interest in recent years. Since its creation in 2014, 50 students have graduated from the program, with about 20 of them going on to serve in Israeli military intelligence, according to Shmilovich.

"I don't know when and if there will be peace between us and Iran. But I think it's important that in Israel, there will be enough people who know what Iran is, and who can influence and be pro-active in the issue of the relationship between Iran and Israel," the intelligence officer-turned teacher said.

Hanna Jahanfooroz, an Iranian-born Israeli educator, teaches Farsi and Iranian culture, and told VOA that she feels perfectly comfortable knowing that some of her students would go on to engage in intelligence work against her former country. "If we in Israel can do anything for the Iranian people in Iran to be free, and the students can use (this program to achieve that), it's OK with me," she said.

Yotam, a student who enrolled in the program to help him apply for work in military intelligence during his two years of compulsory military service, said he expects his studies to help him along the way. "You have to be honest and know to keep a secret when you are going into intelligence. And I think I am able to do it," he said. Another student named Nadav said he wants to "help Israel with all of the problems that we have regarding Iran, and the Arabs in Israel and the countries next door. To bring peace, not for anything bad," he said.

© AP Photo / Sepahnews via AP
Netanyahu Believes Russia Unable to Convince Iran to Leave Syria
Traditionally rocky relations between Iran and Israel have hit new lows in recent months, with Tel Aviv accusing Tehran of waging proxy wars against Israel in Syria and Lebanon and providing military and other forms of support for Hamas militants in Gaza. Iran has denied Israeli allegations about a major presence in Syria, saying its assistance was limited to advisers aiding the Syrian government in its fight against terrorist groups.