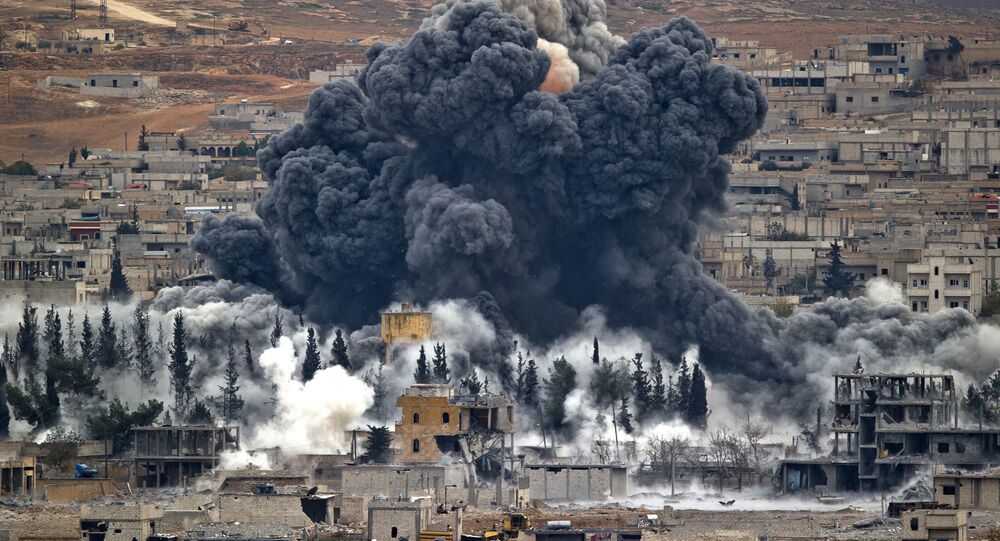 WASHINGTON (Sputnik) - The US-led coalition against the Daesh terrorist group conducted 19 airstrikes in the area of the Syrian city of Hajin on late Friday through Saturday, Department of Defense spokesperson Col. Rob Manning said.

© AP Photo / Vadim Ghirda
US-Led Coalition Denies Reports it Used Banned White Phosphorus in Syria
On Saturday, the SANA news agency reported that the coalition’s airstrikes hit the al-Buqa village near the town of Hajin in the province of Deir ez-Zor leaving 40 civilians dead. The coalition’s spokesman Col. Sean Ryan told Sputnik that the coalition had conducted strikes in the area, which, however, did not result in any civilian casualties.

The airstrikes were conducted in support of ground forces fighting the Islamic State in the Middle Euphrates River Valley, Manning added.

The US-led coalition also said in a statement on Saturday it had detected 10 non-coalition strikes in Deir ez-Zor. Manning said during a press briefing on Monday that the unidentified strikes in eastern Syria over the weekend are suspected to come from Syrian and Iran-backed forces.

The coalition’s activities in Syria are authorized neither by the Syrian government, nor by the UN Security Council.