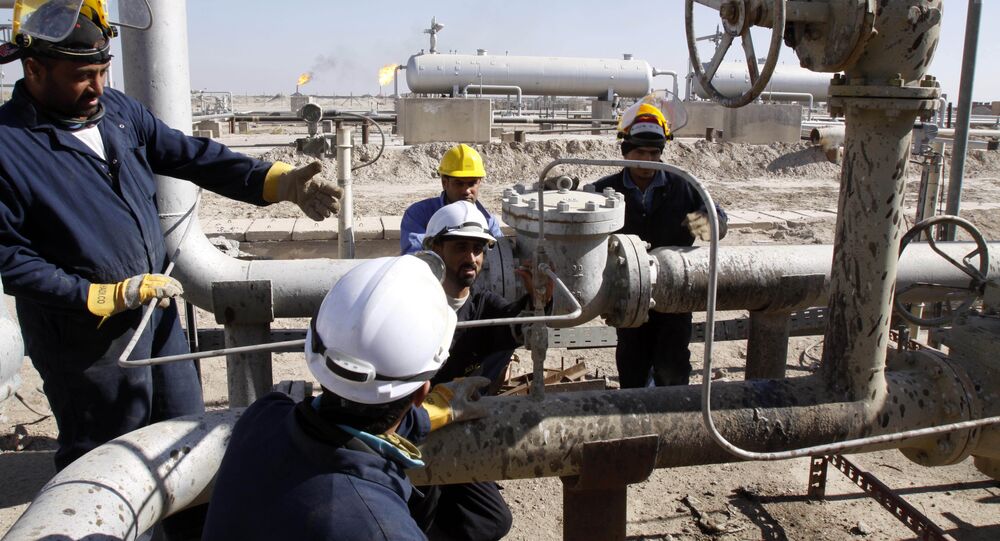 MOSCOW (Sputnik) - Resumption of oil exports from the Kirkuk oil field in the Iraqi Kurdistan will take place in several stages and could reach up to 400,000 barrels per day compared with 300,000 barrels daily before the halt last year, Hoshawi Babakr, the Kurdistan Democratic Party's (KDP) representative in Russia, told Sputnik.

Iraqi Kurdistan in talks with the federal government of Iraq continues to insist upon preserving rights of Russian energy giant Rosneft on oil production in the Kirkuk oil field in line with the previously reached agreements, Hoshawi Babakr told Sputnik.

"The government of Kurdistan insists on preserving the rights of Rosneft, with which in 2017 an agreement was reached on oil production in Kirkuk. According to this agreement, the Russian company received a partial right to extract, export and manage oil and gas pipelines from Kirkuk to Turkey. And Kurdistan intends to adhere to this treaty. And in the coming years, Russia should start exporting gas from Kurdistan to Turkey," Babakr said.

© REUTERS / President.ir
Iran, Iraq Plan to Create Free Trade Zone, Boost Trade to $20Bln - Rouhani
The statements were made after the authorities of Iraq and of Iraqi Kurdistan had agreed to resume oil exports from the Kirkuk oil field after a long suspension. The Kirkuk governorate has been hit by a number of terrorist attacks of late. Apart from that, the US imposing sanctions on the Iranian oil sector has seriously affected oil production in the region leading to an agreement between Iranian President Hassan Rouhani and his Iraqi counterpart Barham Salih on creating a free trade zone between the countries.
...
Reddit
Google+
Blogger
Pinterest
StumbleUpon
Telegram
WhatsApp
0 0