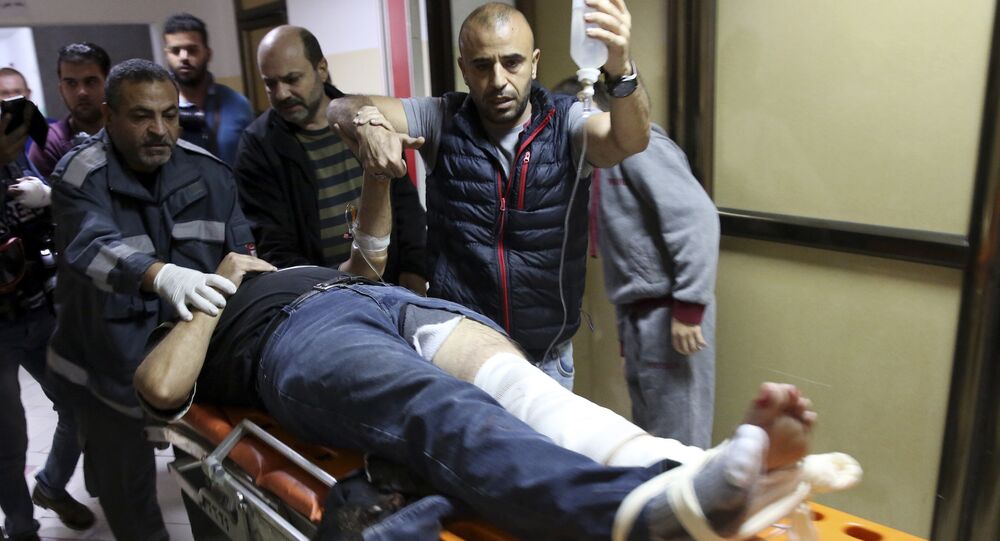 A photographer with the Associated Press was shot in the leg on Monday, possibly by an Israeli sniper, while covering a protest in Gaza.

Witnesses and medical officials told AP that their cameraman was wounded.

The photographer, 47-year-old Rashed Rashid, was struck in the leg during weekly protests on the Israeli border called the "Great March of Return," which typically sees most of its weekly activity on Fridays. The demonstration calls for the right of return of Palestinians who have been forced off their indigenous lands.

Witnesses say Rashid was 600 meters (almost 2,000 feet) from the fence separating Gaza from Israel and that he was standing far away from the protesters. He was also wearing a protective vest with the word "PRESS" emblazoned on it, in addition to a helmet.

As of November 12, some 210 Palestinians, including reporters, have been killed during the protests, and more than 18,000 people have been shot, according to the Gaza Health Ministry.

According to AP, the photographer was recording the protest live from an elevated position. Doctors said Rashid sustained multiple fractures in his leg, which would require surgery, AP added. He has been contributing to the outlet for more than a decade and a half.

His colleagues said that it appeared that the gunfire that struck Rashid came from the Israeli side of the border.

Israel's military said that it is investigating the shooting.