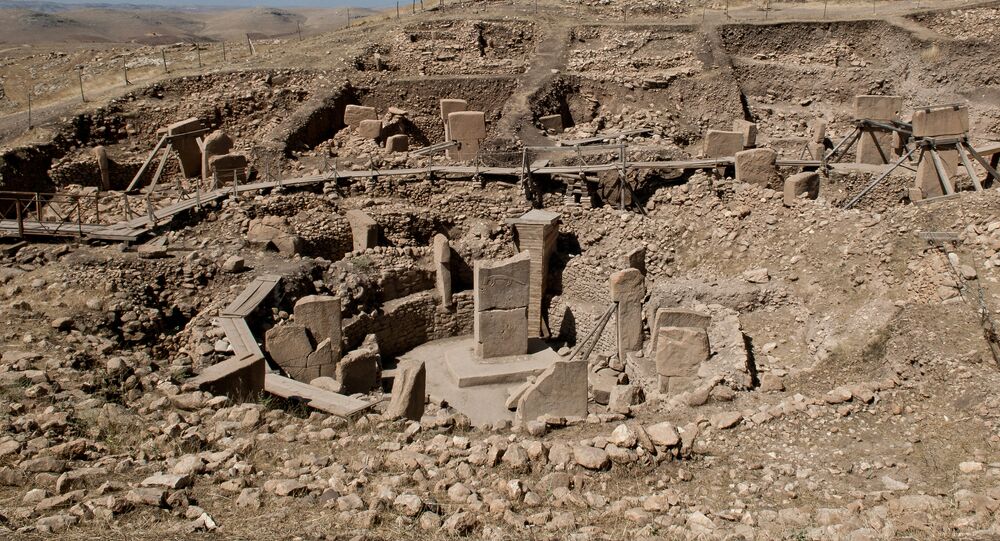 While in the early centuries of Christianity Jesus Christ was depicted both with short and long hair, bearded and clean-shaven, in the 6th century, Western images consistently showed Him with long, flowing hair and often a beard.

A faded 1,500-year-old image of Jesus Christ has been found on the wall of a ruined church in Shivta, an archaeological site in Israel's Negev Desert, The Daily Mail wrote.

The site has been known to archaeologists for almost 150 years, but new research has identified the faint image as a youthful Messiah with short, curly hair, rather than traditional depictions of him with long hair and a beard.

© CC0
Thus Speaketh the Lord: Greek Copy of Jesus Christ's Teachings Found in Oxford
The extremely rare fragmented painting is believed to date back to the 6th century and experts from the University of Haifa claim it shows the outline of the Saviour’s face and a youthful Jesus with short hair. Jesus looks completely different from the long-haired, bearded Western image of him.

Jesus's portrait was first spotted in the 1920s and has now been re-examined using modern techniques.

In their study published in the Cambridge journal Antiquity the researchers said that the mere presence of the Messiah is important per se.

“Christ's face in this painting is an important discovery in itself,” the archeologists noted.

They explain the discovery's importance in that it predates religious iconography used in the Orthodox Christian Church.

As the gospels never describe Jesus’ appearance, and no known contemporary description of him exists, every image of him that has survived to this day is based on later artistic versions.

Although Christianity originated in the Holy Land, very little early Christian art survives there from this particular period because beginning in the 8th century A.D., many Christians in the Byzantine Empire considered blasphemous the creation of religious images like icons, which were banned by Emperor Leo III in 726 A.D. and remained so until the middle of the 9th century.

The newly discovered painting appears to be the first pre-iconoclastic scene of Christ’s baptism found in the Holy Land.