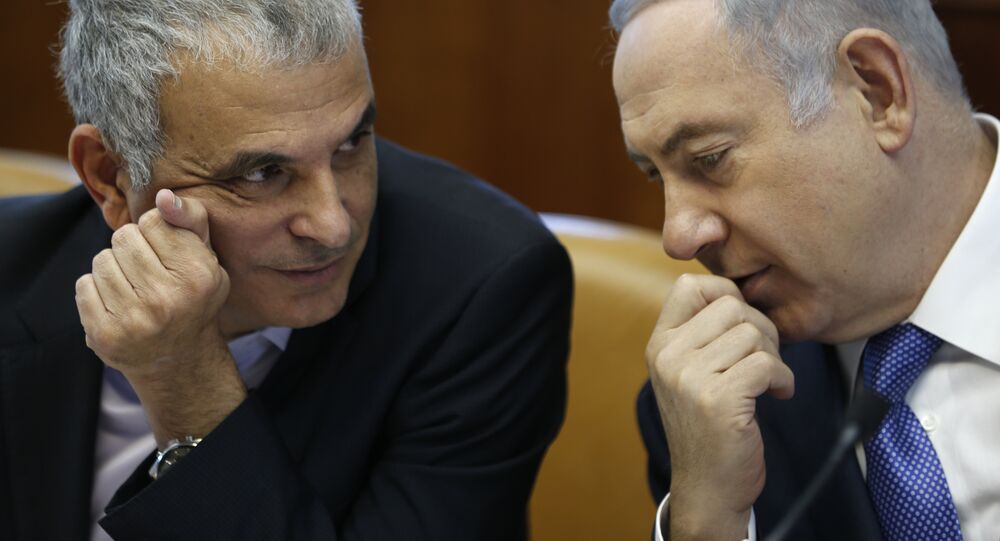 Benjamin Netanyahu said he would take over temporarily as defence minister, also urging coalition partners to "act responsibly" in order to prevent the government from dissolution.

"I would like to say that now when we are witnessing one of the most difficult periods in terms of security, we cannot topple the government and hold an early election. That is irresponsible. We have a year before the election… I hope that all our partners will act responsibly, will not seek dissolution of the government and will work for the benefit of the state of Israel and its security," Netanyahu said.

The announcement came after he met with Finance Minister Moshe Kahlon, the head of the Kulanu party, who supports early elections in the country.

"The meeting between the finance minister and the prime minister ended without results," a spokesman for Kahlon said, adding that the politicians "agreed to meet later in the week."

The coalition was put in jeopardy after Avigdor Lieberman stepped down from his position, slamming the prime minister for entering a ceasefire with Hamas following a mortar shelling from Gaza.

© REUTERS / Ahmed Zakot
'Don't Test Us': Hamas Threatens to Strike Tel Aviv in Chilling Warning to Israel
All five MPs of the Yisrael Beiteinu (Israel Our Home) party, led by Lieberman, has thus left the coalition, meaning that the prime minister's Likud Party will struggle to retain a firm majority in the parliament (Knesset).

Following the resignations, the ruling coalition has exactly 61 of 120 seats in the parliament, prompting some members to opt for early elections in order to gain political stability.

Under Israeli law, early elections may be held 90 days after the dissolution of the government. Hence, the vote could take place between March and May.