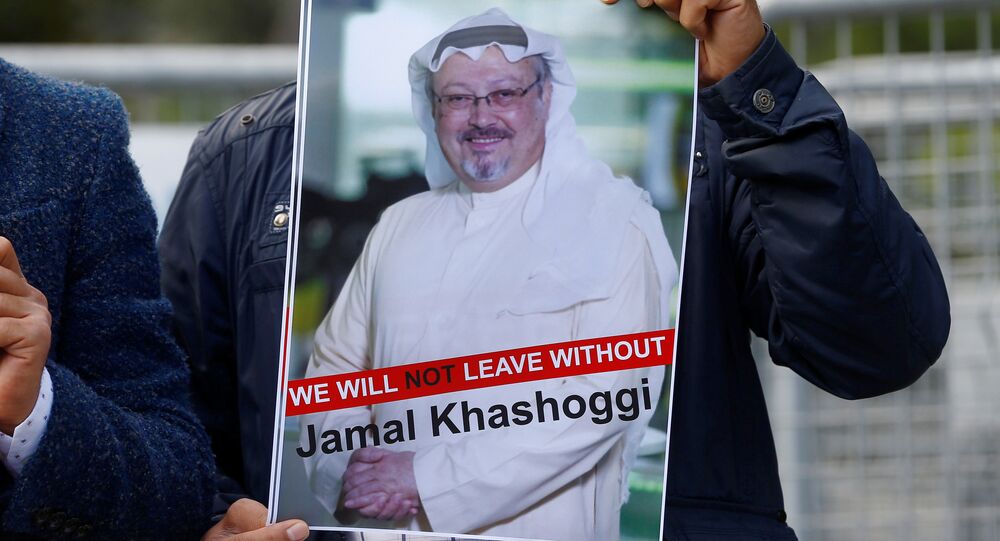 UK Foreign Minister Jeremy Hunt’s Monday visit to Riyadh will be the first jaunt to Saudi Arabia by any top British official since the murder of Washington Post columnist Jamal Khashoggi, Reuters reported.

Hunt will visit Saudi Arabia and the United Arab Emirates to press for an end to the war in Yemen and to call on Saudi leaders to cooperate with an investigation into the murder of journalist Jamal Khashoggi, Reuters reported.

© REUTERS / Dinuka Liyanawatte
Pompeo Expects Saudis to Punish Those Responsible for Khashoggi Murder
"The international community remain united in horror and outrage at the brutal murder of Jamal Khashoggi one month ago. It is clearly unacceptable that the full circumstances behind his murder still remain unclear […] We encourage the Saudi authorities to cooperate fully with the Turkish investigation into his death, so that we deliver justice for his family and the watching world […] The human cost of war in Yemen is incalculable: with millions displaced, famine and disease rife and years of bloodshed, the only solution is now a political decision to set aside arms and pursue peace […] So today I am traveling to the Gulf to demand that all sides commit to this process," Hunt was quoted as saying in a statement by Reuters.

Khashoggi disappeared on October 2 after entering the Saudi consulate in Istanbul. Saudi Arabia's claim that the journalist had been killed in a fight inside the consulate followed two weeks of denials and growing pressure from Western allies to provide an explanation. Turkey, which has conducted a separate probe into the case, claims that Khashoggi was assassinated by a hit squad sent from Saudi Arabia.

READ MORE: Saudi-Led Coalition in Yemen Asks US to Stop Refueling Its Aircraft

On October 26, the Saudi prosecutor general acknowledged that the journalist's murder had been premeditated, while Istanbul prosecutors said on October 31 that Khashoggi's body had been dismembered and destroyed in an acid bath after the murder.

Riyadh maintains that the murder was not a the behest of the Saudi royal family, describing it as a rogue operation.

© REUTERS / Leah Millis
Trump Accuses Saudi Arabia of Unskillful Use of US Weapons in Yemen
The Office of the United Nations High Commissioner for Human Rights (OHCHR) said in a statement on Saturday that more than 6,800 civilians have been killed in Yemen since the escalation of conflict in March 2015.

A total of 10,852 of these casualties resulted from airstrikes carried out by the Saudi-led coalition, according to the press release.

Yemen has been gripped by the civil war with the government headed by President Abd Rabbuh Mansur Hadi fighting the Houthi movement. The government is backed by the Saudi-led coalition that has been carrying out airstrikes targeting the areas controlled by the Houthis.