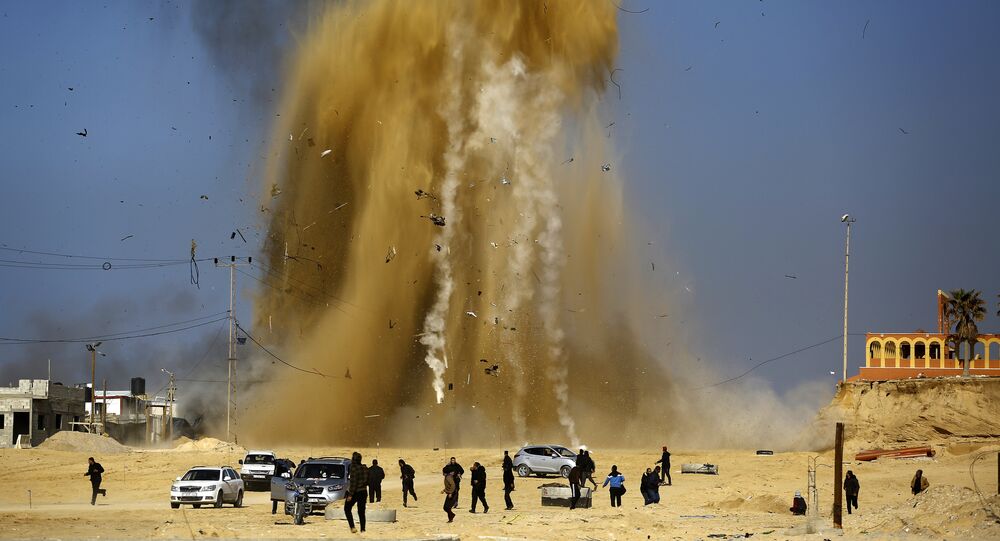 According to Reuters, local witnesses said that Israeli jets had fired over 20 projectiles in the area where the skirmish took place.

© Photo : Russian Defense Ministry
Israeli Forces Will Not Target S-300s in Syria If Used Appropriately - IDF Gen.
An official IDF statement claimed that "during IDF operational activity in the Gaza Strip, an exchange of fire evolved."

Palestinian officials, however, claim that a Hamas commander was killed during the Israeli assault.

According to AFP, the clash occurred east of Khan Yunis in the southern Gaza Strip. Further details were not immediately available. Gaza health ministry spokesman Ashraf al-Qudra said six Palestinians were killed. One of the dead was a local commander for Hamas's armed wing, the Ezzedine al-Qassam Brigades.

Long-standing tensions between Israel and Palestine escalated in late March, after Palestinians launched protest rallies at the Gaza border. The disturbances on the Israeli-Gaza border have been caused by continued shelling and the launch of arson balloons by Hamas militants into Israeli territories.

Israeli Prime Minister Benjamin Netanyahu threatened Hamas with "very powerful blows" if attacks from the Gaza Strip and violence on the border continue.

Israeli Forces Will Not Target S-300s in Syria If Used Appropriately - IDF Gen.