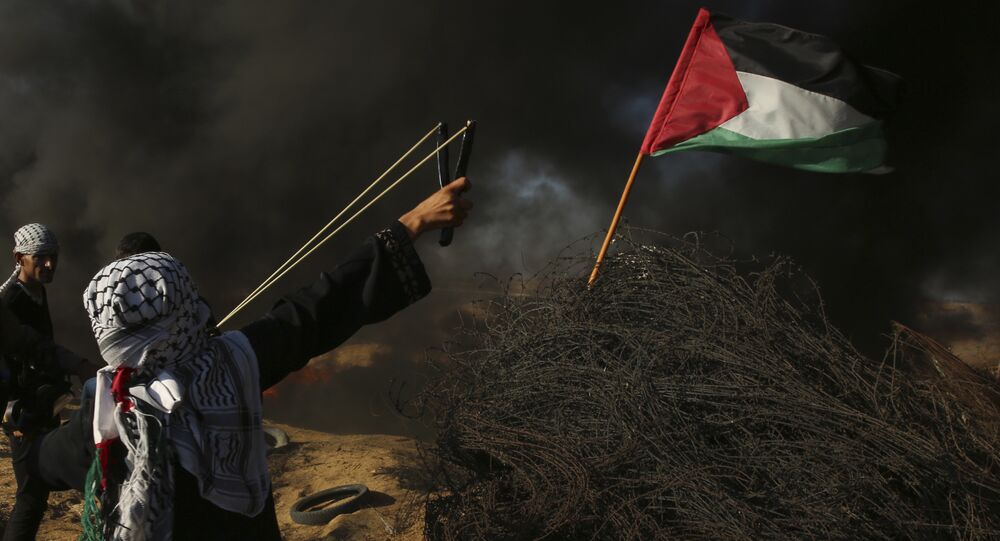 Reports on the sea passage from the Gaza Strip arrived amid speculations on a truce supposedly reached between Israel and the Palestinian Authority, although Hamas leader Yahya Sinwar earlier stated that they are clinching deals with anyone but Israel.

Qatar and Israel have agreed to set up a sea passage between Cyprus and the Gaza Strip, according to a Saturday report by the Lebanese newspaper Al-Akhbar. The route, which comes as part of talks aimed at promoting a Palestine-Israel deal, is expected to be monitored by international forces and supervised by Israeli security officers.

The report has it that the full physical presence is requested by the Israeli side, and Hamas has agreed to measures used at the Rafah crossing in the Gaza Strip since 2005, including cameras, computer networks and the presence of international inspectors.

Earlier, Gaza media outlets reported that Israel had agreed to allow Qatar to transfer funds to the Hamas government in the Gaza Strip to cover their civil servants’ salaries for six months, in order to prevent a humanitarian disaster “that will end up exploding in our faces,” a senior Israeli diplomatic source was cited as saying.

Qatar will finish paying the July salaries of Hamas officials on Saturday, the report said, adding that those who haven’t yet received their salaries increasingly claim they are part of Hamas’ military wing.

In addition, Israel reportedly agreed to allow an increase of exports from Gaza — including fruits, vegetables, furniture and clothes — during the first stage of the peace period.

On Friday, the vehicle of the Qatari ambassador was attacked with stones east of Gaza, prompting Hamas leader Yahya Sinwar and Ismail Haniyeh, head of the Hamas political wing and former prime minister of Gaza, apologized to the Qataris over the incident. Sinwar underscored at the time that they are reaching "understandings" with Qatar, Egypt and the United Nations, not Israel. Anyone who says that "there is a deal or understandings with the occupation does not tell the truth," Sinwar told a crowd at the weekly Gaza border protest.

Sinwar's statement appears to go against recent reports on advancements in Egyptian-mediated truce talks between Israel and the Palestinians, although last month he told Italian newspaper La Repubblica that he saw a "historic opportunity for change."

Last weekend, Palestinian Authority President Mahmoud Abbas met with his Egyptian counterpart Abdel Fattah al-Sisi in Sharm El Sheikh. Following the meeting, Abbas reportedly agreed to the peace agreements in order to give Gazans some "breathing space," according to the newspaper Al Hayat.

The edition noted that Sisi had briefed Abbas on Egypt's efforts to achieve "calm" in the Gaza Strip and halt the ongoing confrontation between Hamas and the PA president's ruling Fatah faction, which controls the West Bank. However, the Jerusalem Post later cited a senior Palestinian Authority official as stating that he was unaware of Abbas accepting any such truce agreement.