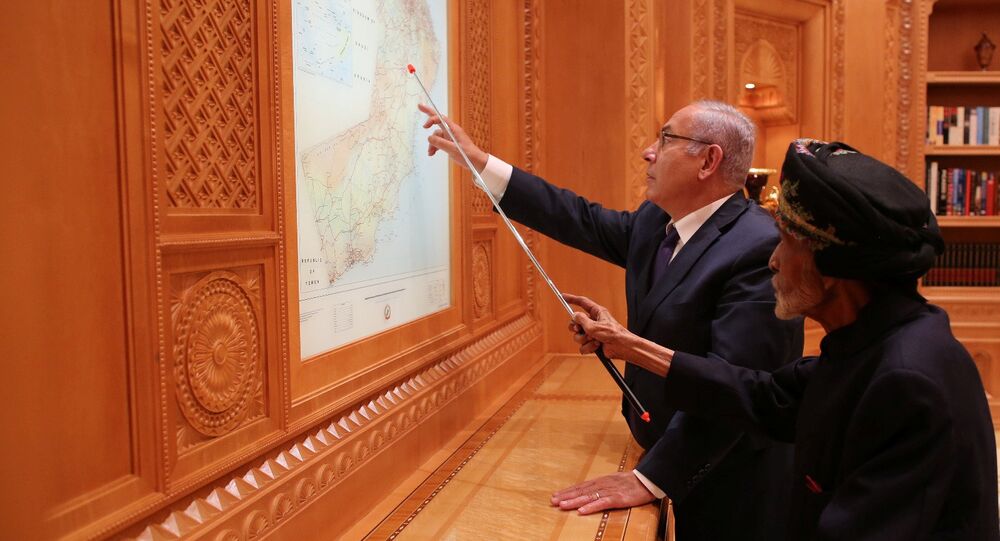 The visit of Israeli Transportation and Intelligence Minister Yisrael Katz to Oman earlier this week has signaled a change of policy in the region, observers say.

Earlier this week, Katz arrived in Oman — reportedly to propose a new railway project that would connect Israel's Haifa to the Persian Gulf through Jordan and Saudi Arabia.

During his visit, he also called for stronger relations with the Persian Gulf Arab states in civilian sectors such as transportation, commercial aviation and tourism, PressTV reports.

The trip was one more in a chain of visits by Israeli officials to Gulf States — the most important of which was the surprise visit of Israeli Prime Minister Benjamin Netanyahu to Oman several weeks earlier.

© AFP 2021 / CARL DE SOUZA
Israeli Official Visits Oman to Propose International Railway Project
While many believed that some form of cooperation between Israel and Arab states existed before, these official visits have marked a "new and explicitly subversive policy change in the region, targeting the Palestinian resistance and its backers, specifically Iran," PressTV report says.

"If you look at the picture, there is no real reason for Saudi Arabia or the [Persian] Gulf states to fight with Israel," Israeli politician and former military general Yoav Gallant reportedly said on Friday. "We have shared interests, a shared enemy called Iran, which threatens Saudi Arabia from close with all that it has. And therefore there is no reason we should not be in the process to have peace in the region."

Minister Katz has described his own visit to Muscat as "part of a wider trend of strengthening ties between Israel and the Gulf countries based on common interests and a mutual recognition of the potential benefits for both sides, both in terms of contending with common challenges and threats as well as opportunities."

And it looks like Gulf states have backed the trend, as Israeli Economy Minister Eli Cohen has received an invitation to participate in the upcoming Startup Nations Ministerial conference in Bahrain, according to Yediot Ahronot.

© AP Photo
Egypt's President Vows to Move Armed Forces to Protect Gulf Allies - Reports
Arab media outlets, on the other hand, speculate that these developments might be in line with US President Donald Trump's "deal of the century," by which Trump seeks to achieve peace between Israel and Palestine through wider recognition of Israel in the region.

According to PressTV, Saudi Crown Prince Mohammed bin Salman is widely seen as the leading figure in implementing this policy. In the last few months, Saudi Arabia has expressed its recognition of the Israeli regime, opened its airspace for Israeli flights, received Zionist delegations and has banned over 600,000 Palestinian Muslims in Jordan from participating in the Hajj, the religious journey to the holy city of Mecca that Muslims must make at least once in their lives, if possible.

Gulf States Security Alliance: Too Early to Say it Will Be Formed - Prof