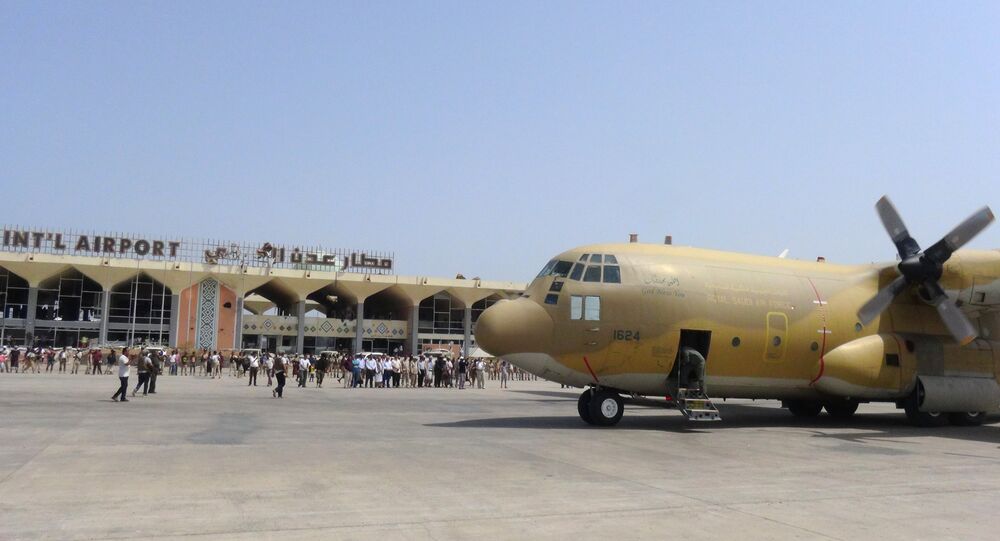 US Senators Jeanne Shaheen (D-NH) and Todd Young (R-IN) said in a news release on Friday that according to a provision in the US defense budget, the United States cannot refuel Saudi coalition planes in Yemen until Riyadh makes a good faith effort to end the conflict.

"As a first step, we call on the Trump administration to immediately end US air refueling of Saudi coalition aircraft in Yemen," the senators said on Friday. "If the administration does not take immediate steps … we are prepared to take additional action when the Senate comes back into session."

Meanwhile, two US officials, on condition of anonymity, told Reuters on Friday that Washington could completely suspend the refueiling of aircraft from the Saudi-led coalition engaged in Yemen. In particular, the report said that the issue was under consideration by both countries and suggested that such a decision could ultimately be made by Riyadh, given its own refueling capacity.

According to UN data, the estimates of civilian deaths in Yemen’s civil war range from 10,000 to 16,000, most of which are blamed on Saudi-led coalition airstrikes on civilian targets such as hospitals, schools and open-air markets.

The Pentagon warned Saudi Arabia that it could withdraw its military and intelligence support for the operation against Houthi rebels in Yemen after dozens of civilians were killed in a strike on a school bus in August, CNN reported earlier, citing US officials.

The airstrike in question was carried out by the Saudi-led coalition in Saada, Yemen's northern province, and hit a bus carrying children from a summer camp on August 9, killing 51 people, including 40 minors.

© REUTERS / Leah Millis
Trump Accuses Saudi Arabia of Unskillful Use of US Weapons in Yemen
Pentagon spokeswoman Lt. Cmdr. Rebecca Rebarich told Sputnik on August 16 that the US Department of Defense was working with Congress on the issue of US military involvement in attacks in Yemen.

Last month, US State Secretary Mike Pompeo and US Defense Secretary James Mattis said in separate statements that the Saudi-led coalition must cease all airstrikes in populated areas in Yemen, urging the coalition and Houthi rebels to negotiate a cessation of hostilities within the next month.

The Saudi-led international coalition has been carrying out air strikes in Yemen in support of the country’s government, fighting against the rebel Houthi group since 2015. Both sides have been accused by international organizations and human rights groups of committing hostilities against Yemeni civilians.