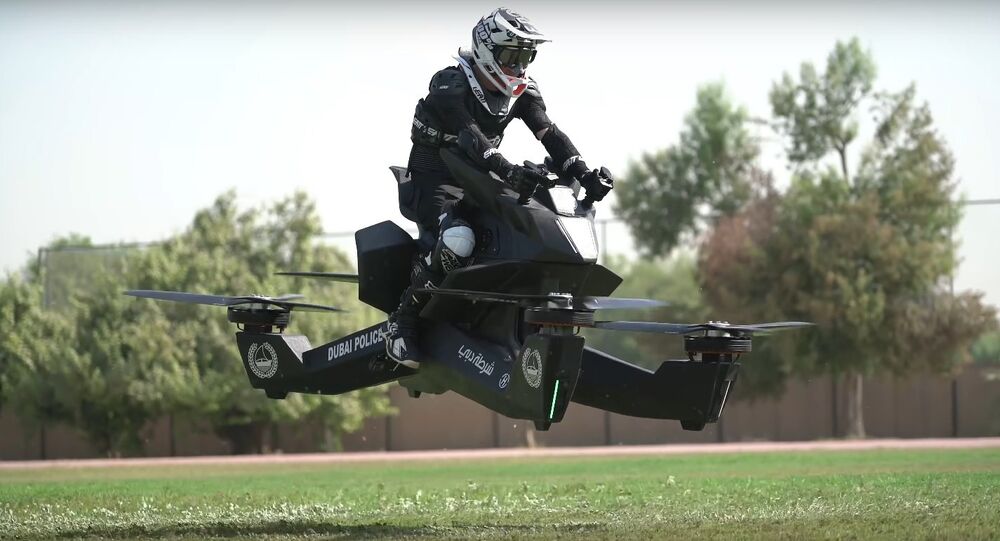 The electric vertical take-off and landing (EVTOL) vehicles were earlier delivered to police officers in Dubai by the Russian-owned California-based company Hoversurf, in line with a bilateral deal signed in 2017.

Dubai Police have started training officers to fly hoverbikes, which are expected to enter service in 2020 and be specifically used to track suspects and patrol tourist destinations. With a price tag of $150,000 each, hoverbikes don't require a pilot's license to fly.

He described the electric vertical take-off and landing (EVTOL) bikes as a first responder unit used to access hard-to-reach areas.

For his part, Joseph Segura-Conn, chief operating officer of Hoversurf, a Russian-owned California-based company which delivered the hoverbikes to Dubai, told CNN that Dubai Police have the exclusive right to order as many EVTOLs as they want.

Tim Robinson, editor-in-chief of Aerospace magazine, has meanwhile argued that the EVTOL vehicle is "pretty limited" in terms of possible police work, but added that a hoverbike "looks bags of fun".

UAE Astronaut to Fly to ISS Instead of US Businessman - Source