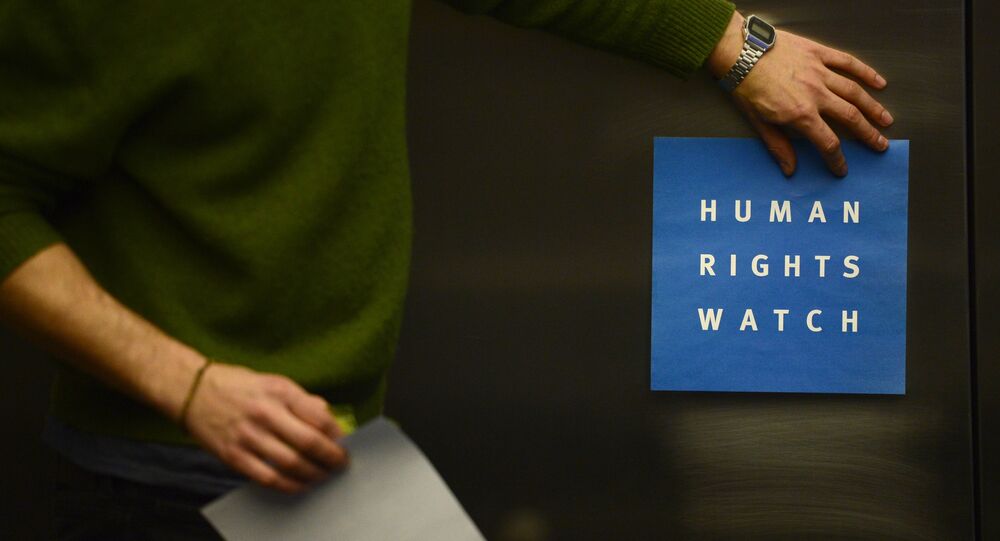 WASHINGTON (Sputnik) - Human Rights Watch (HRW), Amnesty International and Rights Watch UK have all received permission to participate in a court case that challenges the United Kingdom's right to sell weapons to Saudi Arabia, HRW said in a press release.

© AFP 2021 / Daniel LEAL-OLIVAS
Activists 'Rename' Street Outside Saudi Embassy in London After Murdered Journo
The case brought by Campaign Against Arms Trade (CAAT) hopes to prove that the UK is breaking its own criteria for exporting weapons, because any arms sent to Saudi Arabia could be used to commit violations of humanitarian law in Yemen, the release noted.

Britain has licensed about $6.1 billion in US dollars worth of arms sales to Saudi Arabia since 2016, the release continued.

The High Court in London dismissed the case in 2017, but CAAT won the right to appeal and will be heard in an appeals court in April 2019, according to Human Rights Watch.

Yemen has been gripped by a civil war between President Hadi's government and the Shiite Houthi movement. The government is backed by the Saudi-led coalition that has been carrying out airstrikes that target the areas controlled by the Houthis since March 2015.