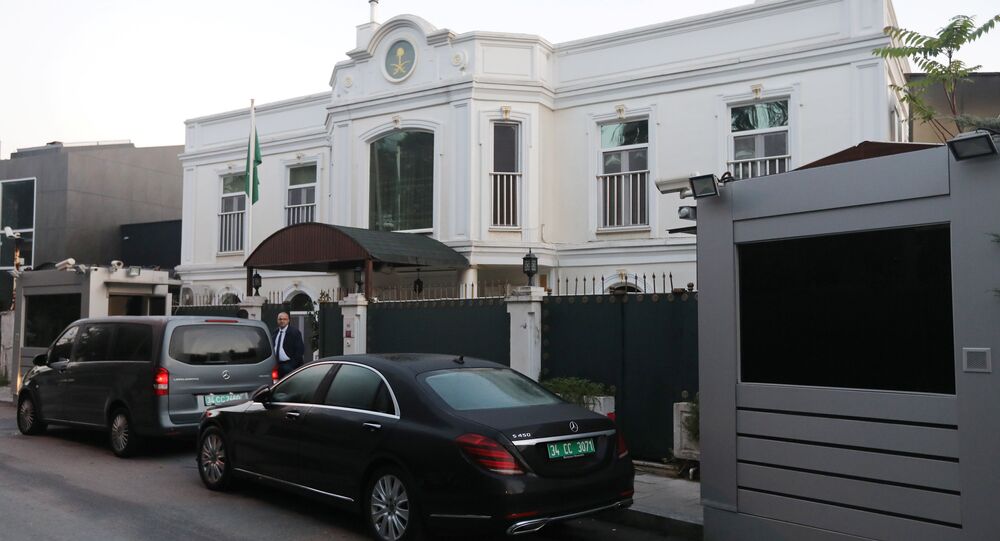 MOSCOW (Sputnik) - Reports alleging that the body of Saudi opposition journalist Jamal Khashoggi murdered in the Saudi consulate general in Istanbul might have been dissolved in acid must be investigated, Turkish Vice-President Fuat Oktay said on Monday.

He stressed that Ankara was making every effort to establish the truth, noting that the probe into the murder was going well and that demand for Saudi Arabia to extradite the suspects remained valid.

Earlier in the day, the Daily Sabah newspaper claimed, citing sources, that the Saudi authorities sent an 11-strong "cleanup" team to Istanbul on October 11 to conceal the evidence of the crime. The delegation, whose official mission was to probe the incident, was reportedly working in the consulate for a week.

© REUTERS / Beawiharta
US Condemns 'Premediated Killing' of Saudi Journalist Khashoggi
On October 15, Turkish media reported that the Turkish police were currently examining the version alleging that the body of Khashoggi might have been dissolved in acid.

Khashoggi, a Washington Post columnist, was last seen entering the Saudi consulate in Istanbul on October 2. On October 19, after more than two weeks of denials, Saudi Arabia admitted the journalist had been killed in a brawl inside the consulate. According to Riyadh, 18 people have been arrested over their suspected involvement in the incident and will be taken to court in Saudi Arabia.

On October 26, the Saudi prosecutor general acknowledged that the journalist's murder had been premeditated. However, Riyadh maintains that the murder had nothing to do with the Saudi Royal family, describing it as a rogue operation.