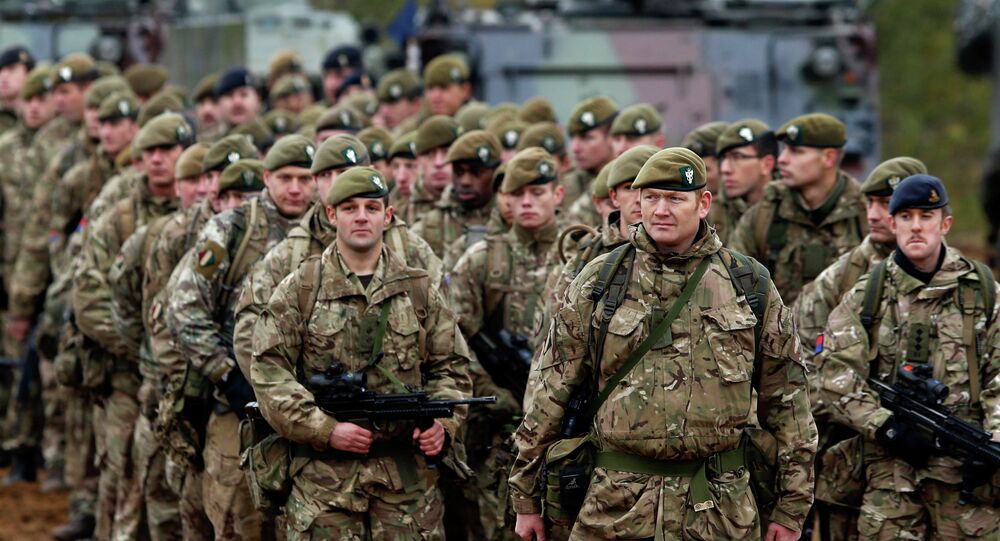 British Defense Secretary Gavin Williamson made the announcement after joining over 5,500 British troops in Oman in their largest war games exercise in nearly two decades.

Upon his arrival to Oman, the UK defense secretary announced that a huge new training base will open in the Gulf state in a bid to boost the country’s influence in the region after Brexit is delivered, the Daily Mail reported.

Hundreds of troops will reportedly be deployed to the permanent base from next March, the month which also marks the deadline for the UK’s divorce from the EU.

Speaking from the UK Royal Navy’s Albion-class amphibious transport dock HMS Albion, which arrived in Oman in early October, he reportedly said: “The symbolism of this Omani British base opening as we exit the European Union I hope isn’t lost on people.”

I was delighted to spend time in Oman and I thank the Royal Omani Army, Navy and Air Force for their gracious hospitality. #SaifSareea embodies the close relationship between Omani and British forces and I look forward to strengthening the important bond between our two nations. pic.twitter.com/TjHEidLgVz

Riding to a live firepower demonstration in a Challenger 2 tank, he was pictured wearing a helmet and body armor, with a Union Jack flag waving behind him – a scene which, as British media noted, strikingly reminded of a similar picture of the Iron Lady of UK politics, Margaret Thatcher.

Defence Secretary Gavin Williamson arriving at Britain's biggest exercise in 17 years in a Challenger 2 tank — like Maggie T did in 1986 #SaifSareea pic.twitter.com/JKOVGwCdNl

“This is the largest military exercise that is going on in the world at present. Britain isn’t retreating from the world. We are stepping out,” Williamson reportedly said.