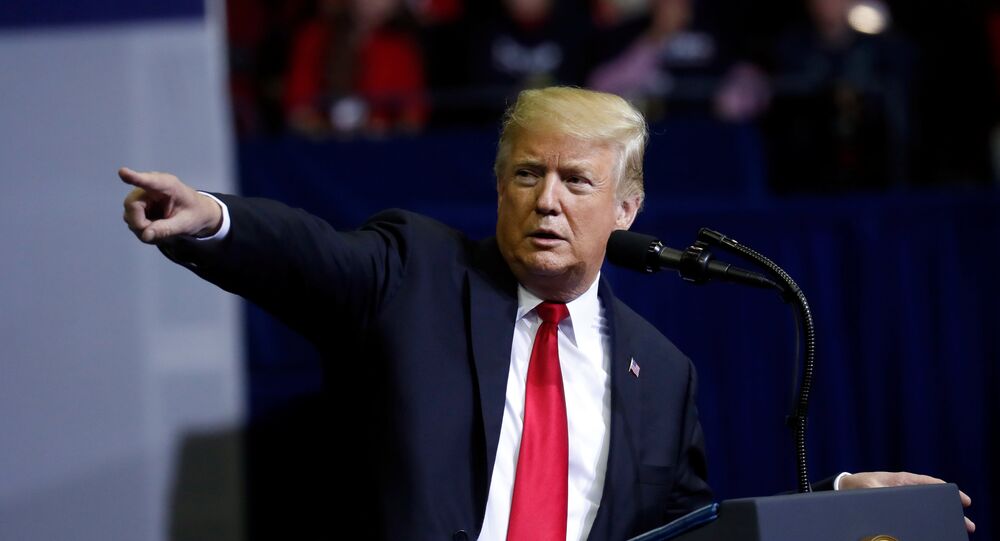 WASHINGTON (Sputnik) - US President Donald Trump accused Saudi Arabia of unskillful use of US weapons in Yemen, citing the August attack on a bus carrying Yemeni school children, in an interview for Axios.

On August 9, an airstrike carried out by the Saudi-led coalition in Saada, northern Yemeni province, hit a bus carrying children from a summer camp, killing over 50 people, most of them minors.

"I think it's a terrible situation. I hated seeing what happened with the bus and the children… That's a horror show when you see a thing like that… That was basically people that didn’t know how to use the weapon, which is horrible," Trump said in the interview, released on Monday.

© AP Photo / Hani Mohammed
Yemen’s Houthis Say Attacked Saudi Air Base in Response to Coalition Airstrikes - Reports
The president went on to say that the United States was "looking at Yemen very carefully."

"It is probably right now the worst place on Earth… I'll be talking about a lot of things with the Saudis, but certainly I wouldn't be having people that don't know how to use the weapons shooting at buses with children," he concluded.

Since 2015, the US-backed Saudi-led coalition of mostly Persian Gulf nations has been supporting the Yemeni government in its conflict with the Houthi movement, carrying out airstrikes targeting Houthis.