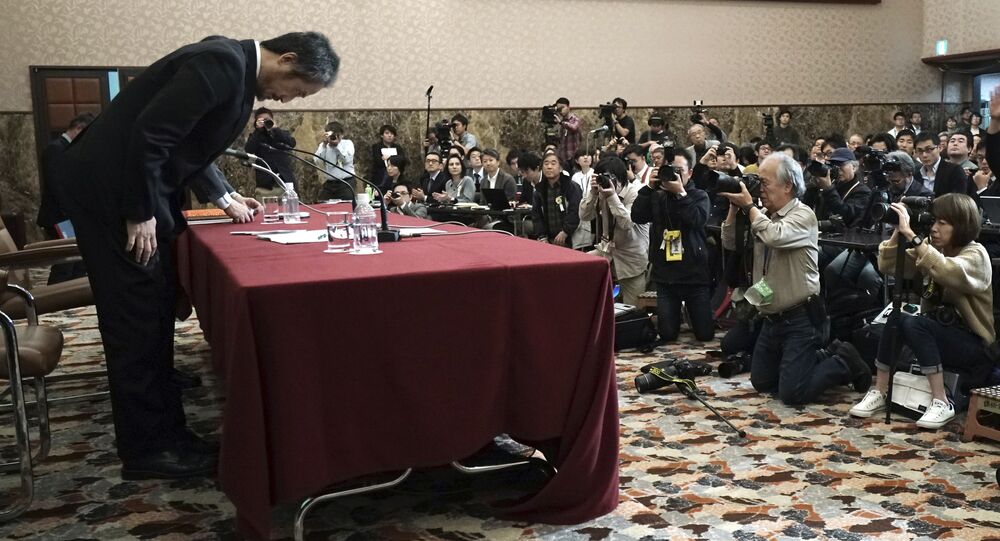 Japanese journalist Jumpei Yasuda, freed from three years of captivity in Syria and returned to Japan last month, does not hold any grudge toward the Japanese government over his detainment, he says.

The military correspondent was taken hostage in June 2015 by an al-Qaida branch known at the time as the Nusra Front soon after he crossed the Turkish-Syrian border.

Yasuda came to Syria to report on the civil war ravaging the country. The militant group posted a random demand for his life (a reported $10 million) and several videos of his pleas for help, which were circulated online.

"I believe the government officials did everything they could," Yasuda recently said during a news conference at the Japan National Press Club in Tokyo, the Japan Times reported Friday.

"I owe an apology to all those who did their utmost to secure my release, and I'd also like to say that I'm deeply grateful for all the efforts […] I'm really sorry for involving, and thus endangering, the government," he added.

Addressing criticism that he should take personal responsibility for his kidnapping because he voluntarily entered a war zone, the journalist gracefully accepted liability.

"You enter conflict-stressed zones on your own responsibility, and you can blame yourself if something happens to you," he stated, adding that he was still recovering from the traumatic events he endured while in confinement.

During the first few months of his captivity, Tasuda was allowed to watch television and eat sweets and local delicacies under surveillance, perhaps because the militants believed that Tokyo would respond to their ransom request, Japan Times reported. However, he was later told that Tokyo had ceased negotiations.

"During that time, I clung to the idea that the government was trying to buy time," he said.

During his 40-month detention, he was transferred to multiple locations alongside other hostages, including Pakistanis and Italians who, like Yasuda, also appeared begging for help in videos posted by the terrorists. According to Yasuda, he was often forced to listen to other hostages being tortured and was later imprisoned in a room where he wasn't able to move. He revealed that he was given scripts for videos the militants released for negotiations and was often forced to eat chili peppers before filming so as to appear tearful.

"They assured me they wouldn't kill me," he noted.

On October 22, Yasuda's captors told him he could head home and the following day drove him to a location where he was handed over to Turkish authorities. His blindfold was only removed when he arrived at the immigration center in Antakya in southern Turkey.

To this day, Yasuda does not know why he was released.

When asked whether he would ever return to Syria or neighboring countries to continue his work as a journalist, Yasuda responded, "I go to such places when I want to get information, when I have questions," adding that, "the role of journalists reporting from conflict-stressed zones is indispensable," as they observe events from an insider perspective.

"I still want to learn more about Syria and convey the voices of people living there," he observed.

Syria has been in a state of war since 2011, with numerous opposition groups and militant and terrorist organizations fighting the Syrian Army in an attempt to topple the government of Bashar Assad, the nation's current president.

Russia, along with Turkey and Iran, have been providing humanitarian aid to residents of the war-torn country.