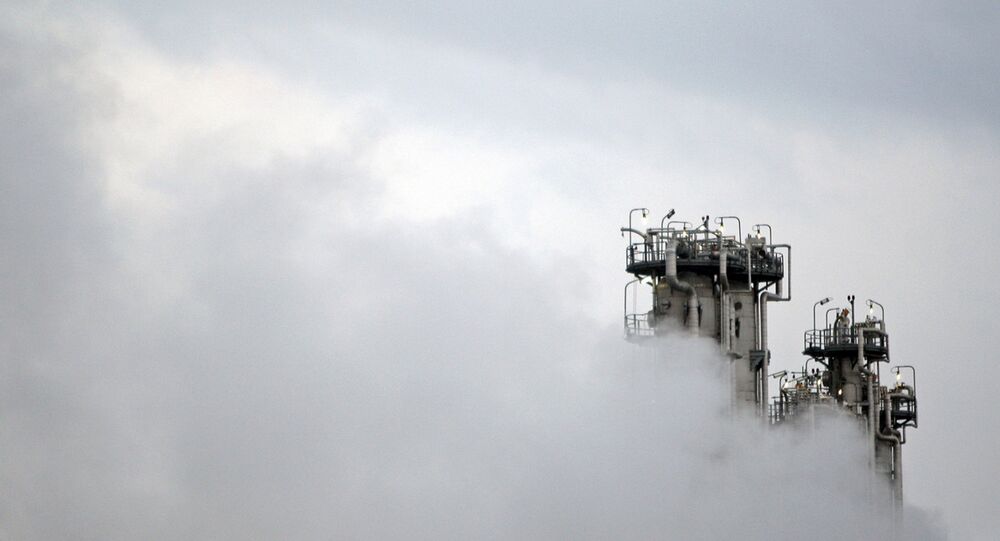 WASHINGTON (Sputnik) - The US restrictions on Iran will increase Russia's influence on the oil market. Robert Malley, former US President Barack Obama's aide for the Middle East and Washington's chief negotiator in the Iran nuclear deal, told RIA Novosti in an interview.

"[The sanctions] will help oil producers because the prices will go up, and Russia will be one of the most significant oil producers. It will certainly increase its relative power in the oil market. There is no doubt about it," Malley said.

According to the former aide, the administration of US President Donald Trump is "maniacally" fixed on putting pressure on Iran at any expense.

"So if the price to pay for strangulating and for squeezing Iran is a benefit to a country like Russia, I think they are prepared to swallow it," Malley added.

Consequences for the US

The United States will have to face consequences of withdrawing from the Iran nuclear deal, as the decision sets a precedent for other states to step away from their international commitments, Robert Malley stated.

"Whatever the goal towards Iran, this is not the way to achieve that — walking away from the deal was not the way to treat any of the goals that the administration may have towards Iran. I think it was a profound mistake… Therefore, the US will pay a price for walking away from a deal that’s more isolated internationally than it was before," Malley, who is currently the CEO of the International Crisis Group, said.

According to the former aide, by taking the decision to leave the agreement, the administration has "set a precedent," giving other states a reason to believe that they can also quit any deal that was previously sealed.

"I think most of the administrations coming to office in the US and other countries, even if they disagree with a decision that was entered by their predecessor or predecessors to reach some kind of international deal, there are somewhat respect for a deal, because they understand that they set a precedent… If [US President Donald] Trump tomorrow enters into a deal with whatever country, does this mean that their success could [be] treated just like an episode that they can quickly turn back?" Malley noted.

© AFP 2020 / Atta Kenare
Iran’s FM Zarif: World Opposes US Behavior Over Anti-Iranian Sanctions
The expert said that the remaining parties to the deal would not be able to compensate Iran for the losses it would suffer due to the US withdrawal.

Despite Tehran's claims that it wanted full compensations, the Iranian officials understood that it could not happen, the former aide said.

"The US is too powerful an actor, the threat of sanctions is too great, too many companies are walking away," Malley said.

At the same time, the majority of states cannot cut imports of Iranian oil to zero, so the United States will have to provide waivers from the sanctions, which apart from Tehran will also target third parties doing business with Iranian companies, Malley said.

"I know India has told that we can’t go down to zero. It’s simply impossible. Some of their refineries are built to only deal with Iranian oil. The cheapest oil they get is from Iran. Is the United States prepared, or other countries prepared, to compensate at that rate, and how they are gonna do for those refineries that only deal with Iranian oil?" the former aide said, adding that China and Turkey were also not ready to eliminate imports of Iranian oil entirely, while Japan and South Korea would suffer big economic losses if granted no waivers.

© Sputnik / Mikhail Voskresensky
Iranian Foreign Minister Discusses New US Sanctions With EU Officials - Tehran
According to Malley, there are indicators that Saudi Arabia, which has recently been under fire over its alleged role in the murder of journalist Jamal Khashoggi in the Saudi consulate in Istanbul, will be more cooperative and increase oil output to make up for the Iranian export shortages, thus helping the United States in cracking down on Tehran.

"Because [the Saudi Arabian authorities] are under greater pressure and because they feel more vulnerable as a result of the Khashoggi assassination, I think they are more likely to try to satisfy US demand… They are already somewhat cooperative. They are likely to be more cooperative because the Saudi leadership just can’t afford right now a fight with the US," Malley explained.

Trump announced Washington's withdrawal from the JCPOA in May.

The sanctions on Iranian oil imports, re-imposed after the pullout, will enter into effect on November 5.