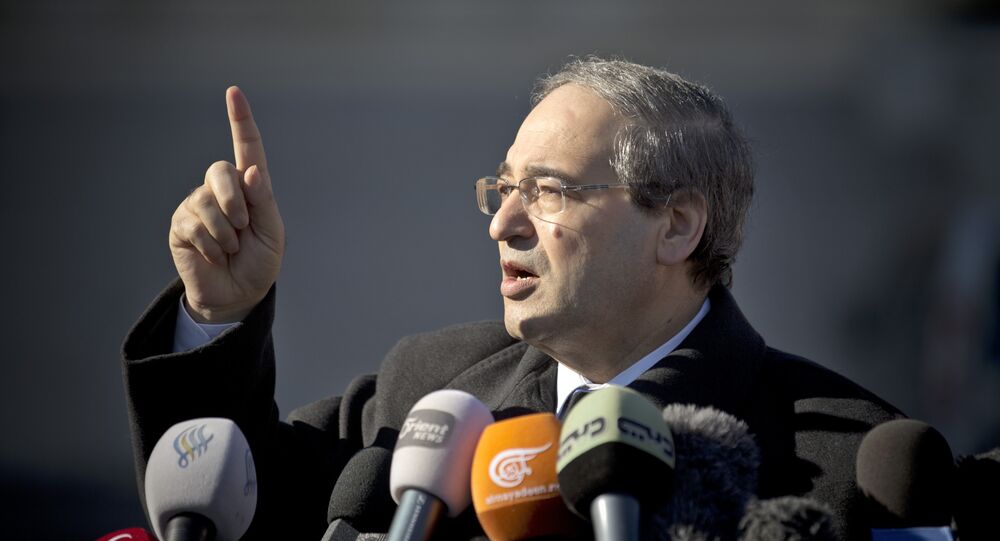 DAMASCUS (Sputnik) - Damascus will cooperate with Geir Pedersen, new UN special envoy for Syria, if he does not use the methods that outgoing envoy Staffan de Mistura did, Syrian Deputy Foreign Minister Faisal Mekdad said in an interview for local Al Watan newspaper.

"We will cooperate with the new special envoy, Geir Pedersen, the way we did with two previous special envoys, if he refrains from using the methods of his predecessor," Mekdad said.

He went on to cite other conditions for Damascus' cooperation with Pedersen.

"He must declare his commitment to Syrian territorial integrity and to the people of the Syrian Arab Republic; he cannot take the side of the terrorists like his predecessor did; he should stand for the ideals and the superior values enshrined in the UN Charter, which aim at ensuring people's freedom within the framework of the terrorism fight," Mekdad said.

On October 31, UN Secretary-General Antonio Guterres announced that he had appointed the Norwegian diplomat to serve as his Special Envoy for Syria, replacing outgoing envoy de Mistura.

Pedersen has significant diplomatic experience, including serving as Norway's Representative to the Palestinian Authority from 1998 to 2003, as ambassador to the United Nations from 2012 to 2017 and ambassador to China since.

At the United Nations, Pedersen served in various roles, including as Special Coordinator for Lebanon, Personal Representative of the Secretary-General for Southern Lebanon and as Director of the Asia and Pacific Division in the Department of Political Affairs.