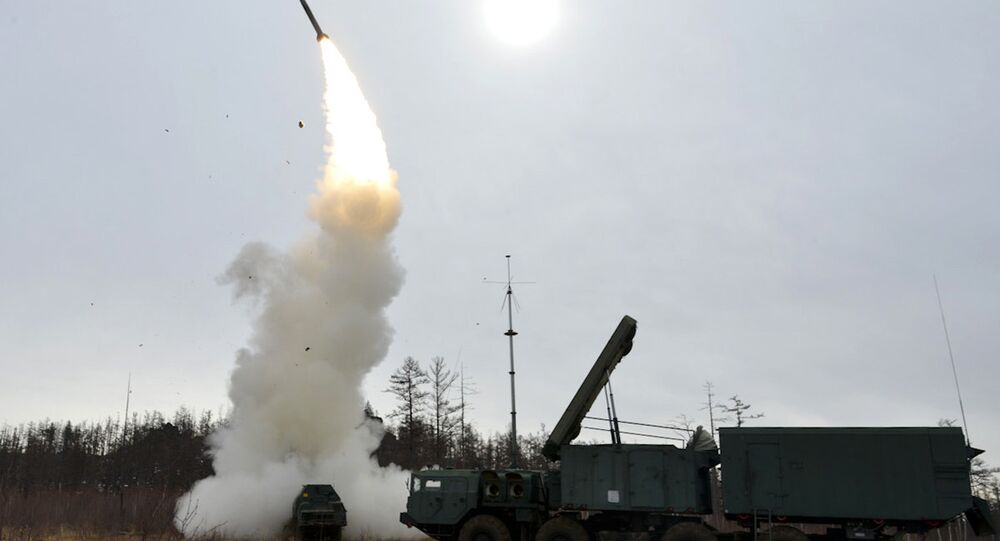 This week, a senior Israeli official claimed that the Israeli military has conducted attacks in Syria after the September 17 incident which led to the accidental destruction of a Russian reconnaissance aircraft by Syrian air defenses over the Mediterranean.

The Israeli claim about conducting military operations in Syria after the destruction of the Russian Il-20, which prompted the Russian military to deliver a modernized export version of its S-300 air defense system to Syria, don't sound truthful, according to Germany's Contra Magazin.

"Israel has insisted that the S-300s wouldn't interfere with its ability to attack Syria, but in the space of over a month since then, not a single media report on such an attack has been made. However, on Monday, Israel said that it has attacked Syria since September 17, and did so coordinating with Russia," the publication wrote.

"The claim," according to Contra Magazin, "is obviously intended to strengthen Israel's resolve to attack at will, especially after the lack of such attacks has raised many doubts."

In any case, the Monday claim, particularly given the lack of confirmed Israeli attacks, "makes their absence all the more obvious," Contra noted.

The publication pointed out that in the run-up to the incident leading to the loss of the Russian aircraft, Israel struck positions in Syria repeatedly, with the attacks always accompanied by press reports. "The assumption that attacks have continued, but that reporting about them simply disappeared, is virtually impossible" to believe, the magazine concluded.

On Monday, a senior unnamed Israeli official told Israeli media that the military had carried out attacks in Syria, "including after the downing of the Russian plane," and that "military coordination with the Russians continues as before." Other Israeli, Syrian and Russian officials did not comment on the claims.

Russia began the deployment of a modernized variant of its S-300PM-2 air defense missile system to Syria in early October after a Russian Il-20 reconnaissance plane with 15 airmen onboard was mistakenly shot down by Syrian air defenses attempting to repel an Israeli air attack. The Russian military accused Israel of deliberately using the Russian aircraft as a shield, and of giving it insufficient warning to make it out of harm's way.

In addition to the S-300s, Russia has provided Syria with its friend/foe identification system, and promised assistance in the radio-electronic suppression of satellite navigation, airborne radars and combat communications systems of aircraft attempting to hit non-terrorist targets in areas of Syria under Damascus's control. Russian air defense troops are in the midst of providing training to their Syrian counterparts, with the training expected to wrap up in December.

In early September, an Israeli official said that the military had conducted over 200 missions over Syria over a year-and-a-half period. It has not been reported to have carried out any strikes since then. Israel has justified the attacks by saying that they were aimed at countering Iranian influence in the region, and that they targeted pro-Iranian militia groups and Iranian troops. Tehran has rejected Tel Aviv's claims, and said that its presence in Syria is legal, and limited to assisting Damascus in the fight against jihadist extremism.