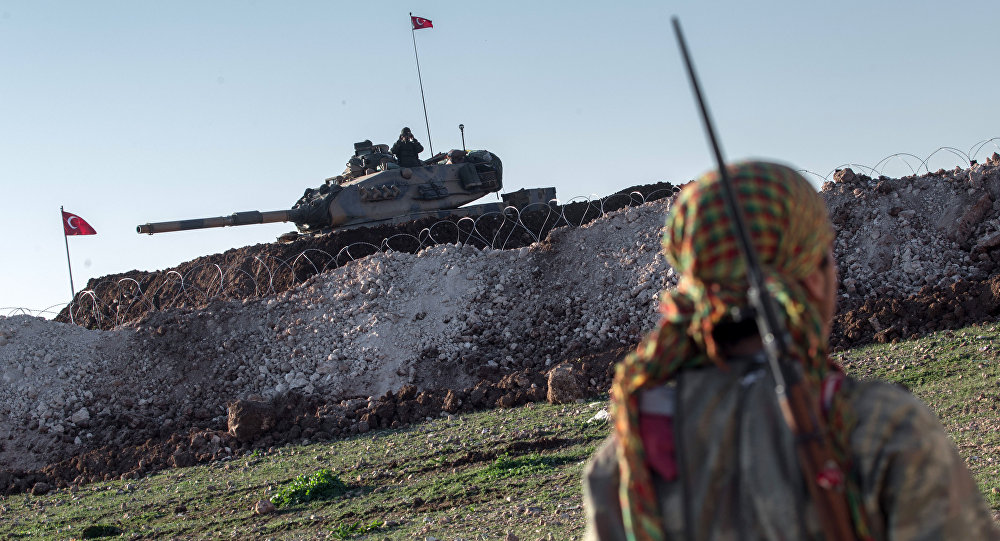 "We are ready to smash the terrorist structure east of the Euphrates. We have completed preparations for this issue. In the near future, we will drive the terrorist organization into a corner through a large-scale and efficient operation. One night we will suddenly come," Erdogan told Turkey's parliament. 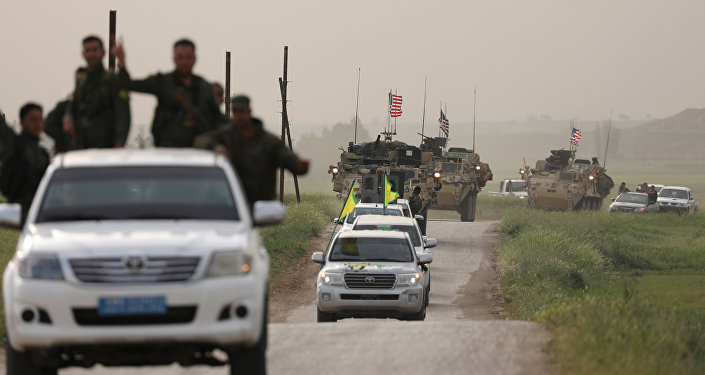 © REUTERS / Rodi Said
Kurdish Units Refuse to Leave Syria's Manbij, Prepare to Defend Town - Reports
Ankara considers Syria's Kurdish People's Protection Units (YPG), the principal component of the Syrian Democratic Forces (SDF), which enjoys the support of the US and controls the territory of Syria east of the Euphrates River, a terrorist organization associated with the Kurdistan Workers Party (PKK), which is banned in Turkey.

The Turkish forces have killed, captured or forced to surrender 1,451 Kurdish militants in the course of counterterrorism operations held over the past year, Turkish Interior Minister Suleyman Soylu said on Tuesday.

"Over the past year, 1,451 PKK members, 40 members of a far-left terrorist organization were neutralized and 336 Daesh [IS] members were remanded in custody," Soylu said, as quoted by the Anadolu news agency.

Turkey and the United States will start joint military patrols in the Syrian city of Manbij no later than Wednesday, Turkish Defense Minister Hulusi Akar said on Tuesday.

"Training of the Turkish and US armed forces on joint patrolling of Manbij has been completed, today or tomorrow we will start such patrolling. After Manbij, our next target is the east of the Euphrates,” Akar said, as quoted by the Anadolu news agency.

Earlier, Turkey carried out an offensive against YPG forces in Syria's Afrin during a military operation called Olive Branch, which was followed by raids against the Kurdish militia in Syria and Iraq.

Tensions between Ankara and the Kurds escalated in July 2015 when a ceasefire between Turkey and the PKK, collapsed over a series of assaults allegedly committed by the PKK militants.