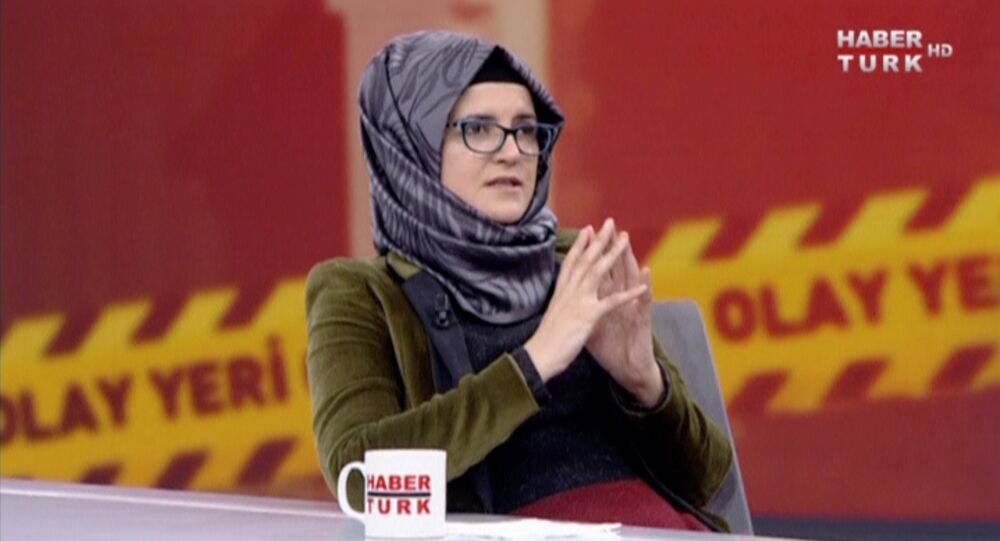 "I am sure the Saudi regime knows where his body is. They should answer my demand as this is not only a demand of a fiancee, but also of a human and a Muslim. I want those who killed my beloved Jamal and those who ordered [the killing] to be brought to justice," Cengiz said, speaking at a memorial event held in Westminster.

© REUTERS / Middle East Monitor/Handout
UK Knew of Plans to ‘Kidnap’ Khashoggi, Asked Riyadh to Abort Mission – Reports
Cengiz regretted that she did not enter the Saudi consulate in Istanbul together with the journalist.

"If only I knew what would happen, I would have entered the consulate myself," she stressed.

Khashoggi, a Washington Post columnist known for his criticism of Saudi policies, was last seen entering the Saudi consulate in Istanbul on October 2.

On October 19, Saudi Arabia admitted the journalist had died during a fistfight inside the consulate. Riyadh said 18 people had been arrested over their suspected involvement in the incident.