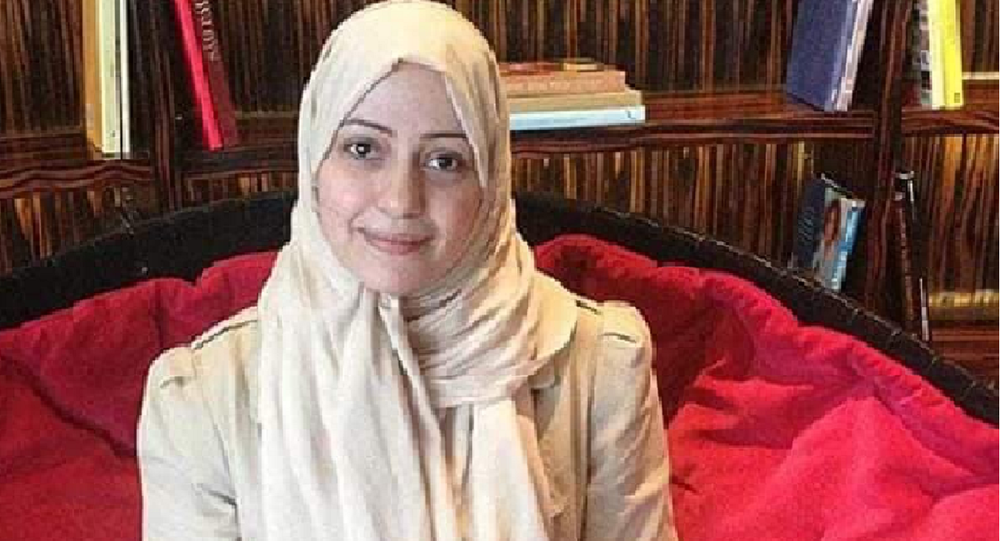 Saudi Shiite human rights activist Israa al-Ghomgham will face a judge Sunday who will decide whether she will be sentenced to death for "anti-establishment activities." The 28-year-old’s father hopes the increased scrutiny on the Saudi kingdom due to the Jamal Khashoggi affair will lead the state to spare his daughter’s life.

The Saudi human rights advocate who hails from Qatif has been under arrest since 2015, when she was detained along with half a dozen others on charges relating to their documentation of and participation in Shiite protests against the Saudi government.

Ghomgham spent 32 months in al-Mabahith prison in Dammam, the capital of her native Eastern Province. The province contains both most of Saudi Arabia's oil resources as well as most of its Shiite population, who are repressed by the Sunni government in Riyadh, which follows Wahhabism, one of the strictest and most militantly anti-Shiite sects of Islam.

The friction between the prosperity of Eastern Province and the lack of participation in that prosperity by the Shiite population, which forms between one third and one half the province's population, has driven recurrent protests for decades, only intensifying after the Arab Spring uprisings in 2011 — a rising tide of resistance in which Ghomgham played a part.

She was sent to Riyadh in August for a trial in the notorious Specialized Criminal Court (SCC), which the European Saudi Organization for Human Rights (ESOHR) said at the time was "under total control by the king, and therefore many of these trials are merely show trials and have pre-determined outcomes which serve the narrative of the state."

"[T]he call of the public prosecution for a death sentence for the detainee is a dangerous indicator that the trial outcome will lead to a death penalty sentence being issued," ESOHR said August 15, "because the Saudi mechanisms involved in the prosecution process are not independent and serve the needs of King Salman directly… Israa is being subjected to an unfair trial, which uses flawed laws and can be regarded as a ‘show trial.'"

Now Ghomgham is due to appear in court once more on Sunday — an appearance that could see her formally handed the death sentence according to the Saudi public prosecutor's August recommendations, Middle East Eye reported Thursday.

If she is sentenced to death and executed, she will be the first female Saudi activist to meet such a fate in the kingdom. However, she would be far from the first Shiite to do so: the majority of Saudi Arabia's political prisoners on death row are Shiite, and most of the executions carried out this year have been of Shiite activists. ESOHR reported that 93 people in total have been executed this year on political and drug-related charges, and another 62 face the death penalty, including eight minors. Amnesty International noted that 38 of those yet to be executed are Shiites, a proportion that far exceeds their representation in the Saudi population, which is roughly 10 percent.

Ali Adubisi, director of ESOHR, said that Ghomgham's father had hoped that the dramatically increased international scrutiny directed at the Saudi state due to the death of Saudi journalist Jamal Khashoggi, who was critical of the Saudi government, might stay the government's hand and spare his daughter's life. However, now he, too, has been summoned for interrogation and accused of "inciting public opinion against the state" and could potentially share the same fate as his daughter.

The SCC was established in 2008 to handle terrorism cases, but the Arab Spring in 2011 caused rifts to erupt in Saudi society: Shiites, but also moderate Sunnis associated with the Muslim Brotherhood, both began to criticize Riyadh for its policies, and the Saudi state responded by dramatically ramping up its political repression. Increasingly strong "anti-terrorist laws," the first of which was passed in 2014 but with a major replacement and expansion law coming into force in late 2017, have swept up scores of activists ranging from women's rights activists to Shiite protesters to Muslim Brethren, hitting many of them with terrorism and related charges for what often amounted to little more than social media commentary critical of the government.

Other victims apart from Ghomgham include prominent Sunni scholar Salman al-Odah, arrested last month for tweets supporting reconciliation with Qatar, and perhaps Khashoggi as well, who like Odah was a Muslim Brother who criticized the Saudi state. Saudi Arabia last week admitted that Khashoggi had been killed in its consulate in Istanbul — the result of a fight gone wrong, the official explanation said. Earlier today, however, the Saudi prosecutor general said Khashoggi's murder had been premeditated.

Ghomgham's case has prompted international outcry, with a panel of United Nations experts expressing "acute concern" for her case and decrying her lack of legal representation. The office of the UN High Commissioner for Human Rights told Middle East Eye it had contacted Saudi authorities, but that their communications would "remain confidential for 60 days once they have been sent."

The Canadian Ministry of Foreign Affairs also blasted Riyadh for Ghomgham's detention and trial, with ministry spokesperson Adam Austen saying on August 22, "Canada is extremely concerned by the arrests of women's rights activists," and adding, "These concerns have been raised with the Saudi government. Canada will always stand up for the protection of human rights, including women's rights and freedom of expression around the world," Sputnik reported.