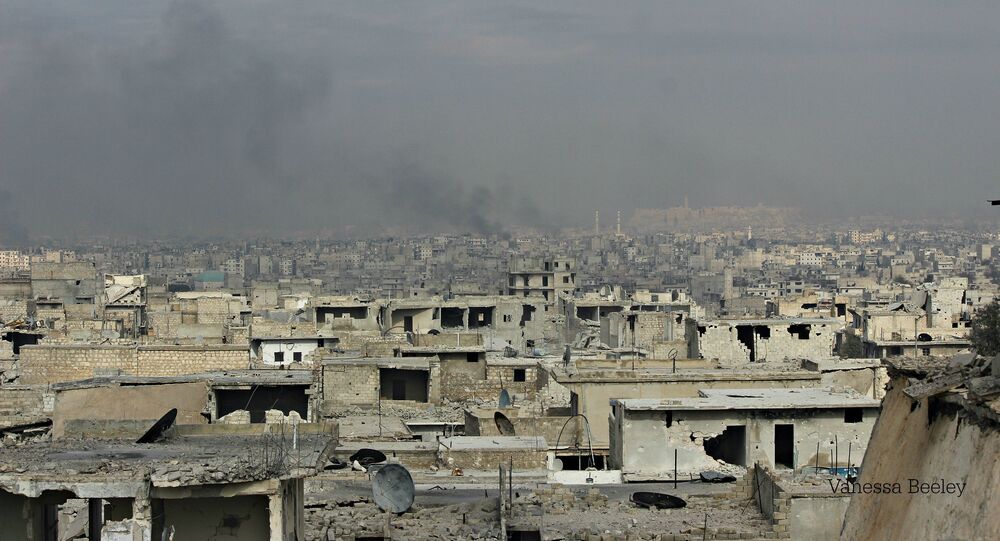 Militants, operating in the city of Anadan to the northwest of Aleppo, had fired mortars on az-Zahra district of Aleppo, a correspondent of Ikhbariya TV channel reported. One of the shells fell in the vicinity of an Olympic stadium in Aleppo's Akramiya district, while another mortar fell in al-Harsh area, causing material damage, according to the broadcaster.

Militants, operating in Aleppo's neighborhoods, have repeatedly attacked the residential quarters of once most populated Syrian cities, causing casualties and severe damage to infrastructure.

Moscow has also been supporting the government forces' fight against terrorist groups, threatening the security situation in Syria, and providing humanitarian aid to civilians.