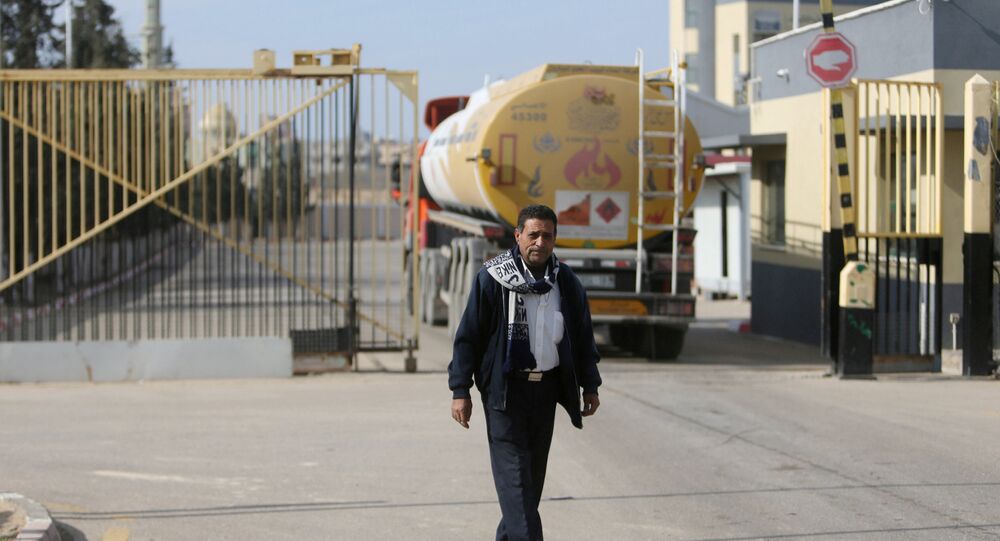 Tensions between the Hamas-controlled Gaza Strip and Israel have been deescalating in recent days following months of violence which left over 170 Palestinian protesters and one Israeli soldier dead.

Tele Aviv has allowed for the resumption of Qatari-government sponsored fuel deliveries to Gaza, a spokesman from Gaza's only power plant said Wednesday, AFP reports.

According to the spokesman, eight truckloads of fuel were expected to pass into Gaza through the Israeli border sometime Wednesday under a UN-brokered deal to improve conditions in territory.

Palestinian news portal PalInfo says the resumption of fuel deliveries was approved on Tuesday by Israeli Defense Minister Avigdor Lieberman, who made the decision based on "the recommendations of the security services." Earlier, Lieberman said that fuel deliveries, cut off entirely earlier this month, would be resumed only if the unrest ceased.

© AP Photo / Tsafrir Abayov
Israel Reopens Border Crossings With Gaza Strip After Tensions De-Escalate - Authorities
Qatar earlier has agreed to finance the delivery of $60 million of fuel supplies as part of a $150 aid package to Gaza which authorities said was aimed at "easing the humanitarian crisis" affecting the enclave.

Israel has repeatedly cut off fuel deliveries to Gaza in recent years, with the territory with a population of 1.85 million facing a land, air and sea blockade by Israel and Egypt since 2007. The area suffers from an acute energy crisis, with power outages lasting 18-20 hours a day even when limited fuel deliveries are available.

Tensions between Israelis and Palestinians near the Gaza border escalated in March, with Palestinians protesting issues including the ongoing blockade, Washington's decision to move its embassy to Jerusalem, and Israel's control of territories which Palestinians claim as their own.

The disturbances led to the deaths of over 170 Palestinians and one Israeli soldier, with thousands of Palestinians injured in border violence and nearly a dozen Israeli troops and civilians injured in shelling and arson balloon attacks launched by Hamas militants.

About 10,000 Palestinians Clashing With Israeli Army on Border With Gaza (VIDEO)