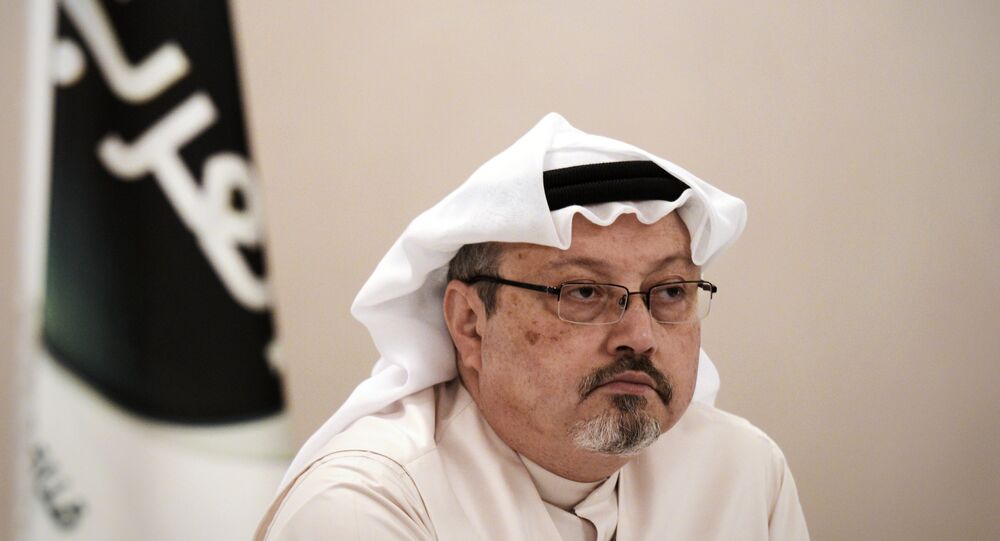 While "sending a clear signal" of condemnation, Danish Foreign Minister Anders Samuelsen refused to elaborate on further action against the Saudis, saying it was far too early to draw conclusions about the death of Jamal Khashoggi, which Riyadh promised to investigate. By contrast, other politicians are calling for trade restrictions.

Denmark has called off an official visit to Saudi Arabia, which would involve a meeting with Crown Prince Muhammad bin Salman. The Ministry of Foreign Affairs announced that neither the ministry itself nor the Danish embassy in Saudi Arabia would participate in the Future Investment conference in Riyadh this week.

"It would be a completely wrong signal by the Danish parliament at a time when a number of other countries are canceling and boycotting events in Saudi Arabia," Holger Nielsen of the Socialist People's Party, a member of the parliament's foreign committee, told Danish Radio.

Marcus Knuth, a member of the center-right Venstre party, concurred with his fellow committee member, saying that the situation in the Saudi Arabia "spoke for itself" and stressing the contradictory explanations surrounding Jamal Khashoggi's death at the Saudi consulate in Istanbul.

"If we were to visit Saudi Arabia now, it would send a very wrong signal, when the entire Western world is condemning what has happened," Knuth said, explaining his standpoint.

Furthermore, Danish Foreign Minister Anders Samuelsen is summoning the Saudi ambassador for an explanation. By his own admission, he decided to call the meeting after Khashoggi was confirmed killed during his visit to the Saudi consulate on October 2, after weeks of denials from Riyadh.

On Tuesday, Turkish President Recep Tayyip Erdogan rejected the latest Saudi explanation that Khashoggi was killed in a fight that erupted at the consulate, calling the murder "savage" and "premedinated."

"After hearing Erdogan's speech, which concludes that it was planned, and there are still many unresolved questions, I think it is fair to give the Saudi ambassador the opportunity to explain," Samuelsen told Danish TV2.

According to Samuelsen, three initial actions will be undertaken before any further steps. "We are now sending a signal by not attending the investment conference, we are summoning the Saudi ambassador to a meeting and we are continuing international pressure," he said.

At the same time, he did not comment on whether Denmark was planning any further measures against the Saudis, venturing it was "far too early to make conclusions," unlike German chancellor Angela Merkel, who has already announced a freeze on German arms exports to the Middle Eastern nation.

However, he stressed that international pressure, which Denmark is contributing to, was working.

"We have gone from a situation when Saudi Arabia completely denied what happened to them admitting that he was killed," Sameulsen added.

TV2's political editor Anders Langballe argued that it was a very unusual step for a visit of this kind to be canceled. "It says a lot about the gravity of the situation. This is a very clear signal from the Danish Parliament," Langballe told TV2.

In 2017, Denmark's exports to Saudi Arabia amounted to DKK 7.2 billion (about $1 billion), placing the country 22nd among Danish export markets. According to the Socialist People's Party, trade restrictions to "one of the worst dictatorships in the Middle East" should be in place. Eva Flyvholm of the Red-Green Alliance suggested that Denmark should make itself financially independent of Saudi Arabia.

Jamal Khashoggi, known for his criticism of Saudi policies, had been working as a columnist for The Washington Post. He disappeared on October 2 in Istanbul and was last seen entering the consulate, where he went to receive the papers he needed to remarry. Following more than two weeks of denials, Saudi Arabia admitted on Friday via state television that the journalist had been killed in a fight inside the consulate.

Saudi Arabia's Foreign Minister Adel al-Jubeir called the incident a "terrible mistake," stressing that Riyadh was determined to "uncover every stone" and to "find out all the facts." So far, Saudi authorities have detained 18 individuals in connection with the case, and dismissed six senior officials over the incident, including intelligence chief Ahmad Assiri and Saud al-Qahtani, a senior aid to the crown prince.