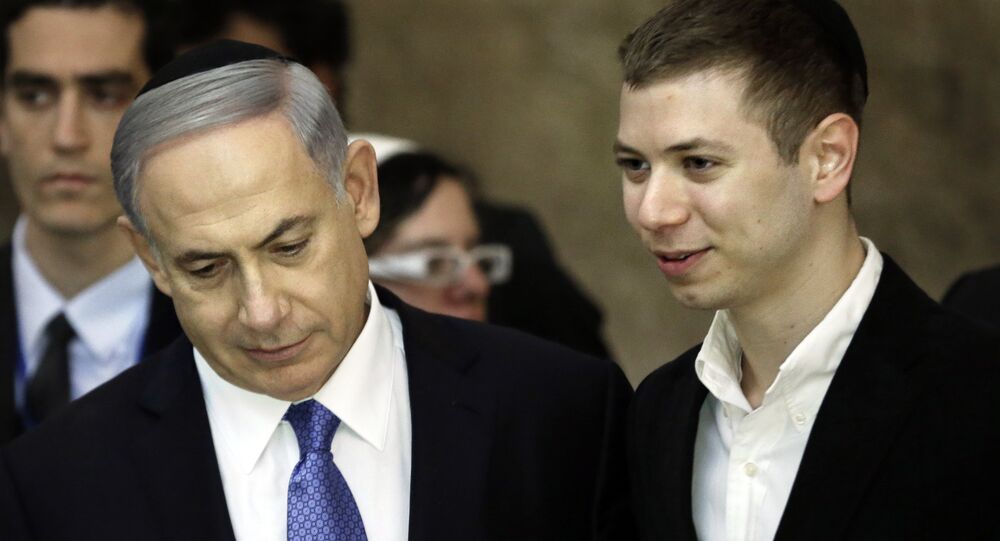 A heated exchange within the comments section on Facebook took place with Assayag responding that the younger Netanyahu is uneducated, pays for his living expenses out of state funds and has nothing in common with his head-of-state father, Benjamin Netanyahu.

The younger Netanyahu defended himself with pictures of a Hebrew University diploma and posts about his own company, Shurat Hadin, as well as declaring that his mother was the first Israeli prime minister wife to remain employed despite her husband’s political career.

Then the younger Netanyahu accused Assayag of sleeping with a married man to advance her career.

Israeli Soccer Association spokesman Kobi Barda intervened in the conversation at this point, by observing that the Israeli PM had cheated on Yair’s mother while she was pregnant with Yair.

This is not the first time Netanyahu’s elder son has faced criticism for his posts. In June when tensions between Israel and Turkey were on the rise, he uploaded a post to his private Instagram account saying “F**k Turkey.”

© AP Photo / Sebastian Scheiner
Netanyahu Reportedly Said Trump Won't Ease Pressure on "Reckless" Erdogan
In 2016, the younger Netanyahu faced criticism for accepting presents from Australian billionaire James Packer and enjoying an all-expenses-paid vacation on Packer’s dime. While staying at Packer’s US homes, the billionaire was noted as a person of interest in an investigation into the Israeli Prime Minister accepting gifts worth more than the permissible amount. The Israeli Prime minister released a statement saying that his son is a private citizen and admitting that Packer is a close friend of the family.

PM Benjamin Netanyahu himself became a target for critics when he posted a tweet congratulating Eurovision 2018 winner Netta Barzilai. Netanyahu congratulated her with bringing “respect to the state of Israel” however then he used a word which was translated by the Microsoft translating program from Hebrew as “a real cow.”

It was later revealed that the Hebrew word “kapara,” which means “atonement” and became an expression of blessing, yet the translating program, read three Hebrew letters in a word which together also spell “cow,” translating it with no context.