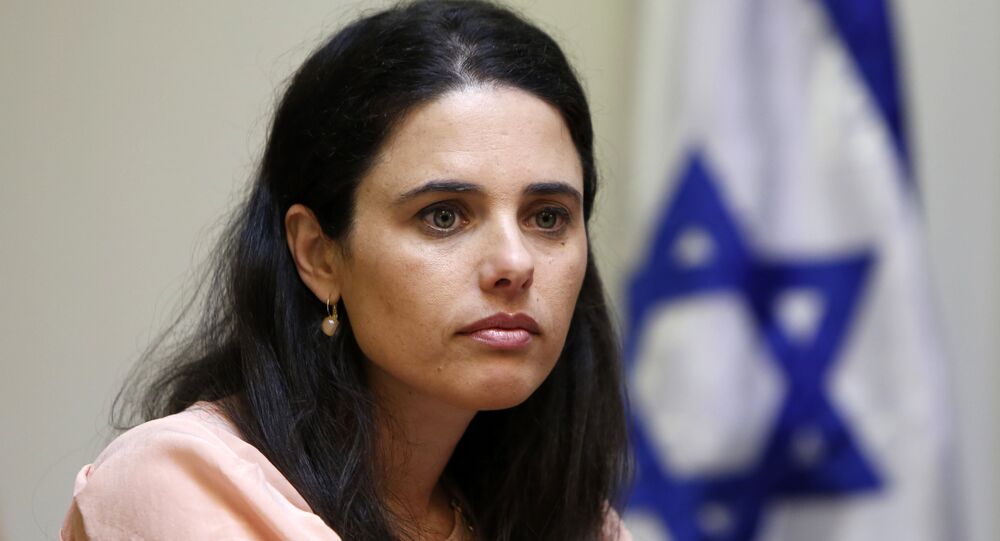 Ayelet Shaked, a member of Israel’s inner security cabinet, said that oil-related sanctions scheduled for November 4 will be a substantial blow for the Islamic Republic, noting that Israel would do anything to stop a potential Iranian nuclear program.

Shaked said in an interview with the Jerusalem Post that Israel is ready “to do everything” to prevent Iran from obtaining nuclear weapons if the sanctions aren’t enough. She also claimed that the effectiveness of the sanctions is doubtful due to Russia, China and other Asian countries’ support for Iran, saying that Israel needs to be ready “to go toward other horizons.”

Justice Minister noted that Israel is now trying to better cooperate with Sunni Arabic countries, specifically with Saudi Arabia, where the justice minister seeks to achieve “productive cooperation in many areas.” The two nations took a significant step toward such cooperation in March when Saudi Arabia approved commercial airline flights by Israel through Saudi airspace for the first time.

© Sputnik / Ahmed Abed
Israeli Security Cabinet Mulls Gaza Military Operation After Rocket Launch
Shaked also commented on Russia’s transfer of S-300 anti-aircraft missile systems to the Syrian government, noting that Israel “will do what we did before.”

“We will not let Iran have a base in Syria… We will not let Hezbollah get precision weapons. With the S-300, we have more challenges, and it is not good for Israel, but we will know how to deal with it,” she outlined. She also mentioned that Israel would do what it must to counter the Syrian government’s new anti-air capabilities, though she did not specify whether Israel would give a greater combat role to the F-35, which has capabilities for avoiding radar tracking.

On October 2, Russia finished the delivery of the components of S-300 air defense systems to Syria. The system was deployed in the Arab Republic in response to the downing of a Russian Il-20 reconnaissance plane over Syria on September 17, which was destroyed by friendly fire when the Syrian S-200 defense system responded to an Israeli raid. The Russian Defense Ministry accused Israel, which carried out the air operation in Syria that day, of using the Russian aircraft as a shield against Syrian missiles.