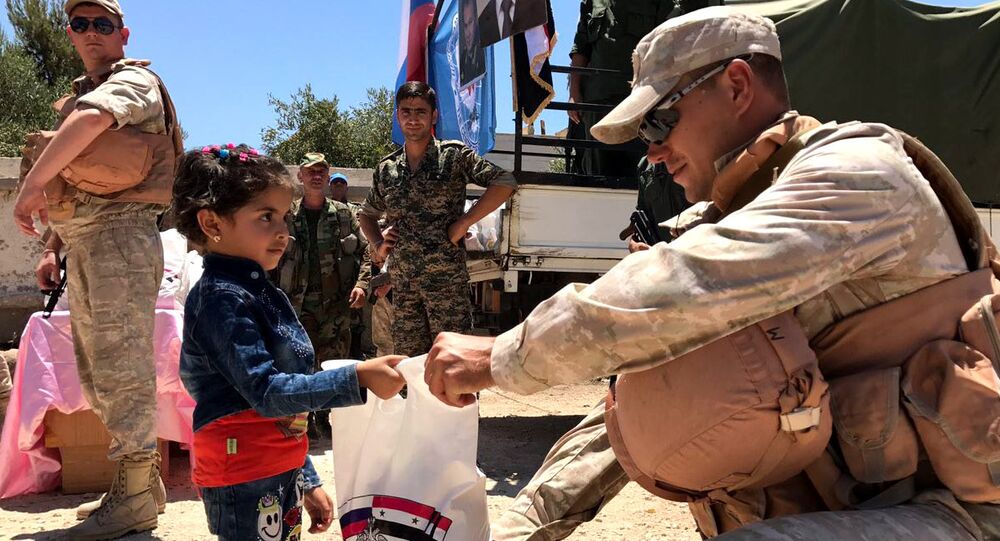 "We have come to [the village] for the first time… We must continue and increase our aid… We are always welcomed with smiles as people are happy that aid has finally arrived," Vladimir Ladeynov told reporters. Russian medical staff have also arrived in the village to provide assistance.

In late August, Russian Ambassador to the United Nations Vassily Nebenzia said that the UN Office of the High Commissioner for Refugees adopted a "passive position" on providing assistance to Syrians due to an internal UN directive, adopted in October 2017, which "impedes the involvement of United Nations agencies in efforts to rebuild Syria until political changes are in effect in that country."

As the Syrian government has regained control over most of the country's territories from under the terrorist control, it is now focused on creating favorable conditions for the refugees' repatriation. Moscow assists Damascus in bringing home those Syrians who wish to do so, provides humanitarian aid to civilians and serves as a guarantor of the ceasefire.

The Russian Center for Syrian Reconciliation said in July that several thousand militants agreed to withdraw from the province as part of a local reconciliation between the Syrian government and an armed opposition in Quneitra.