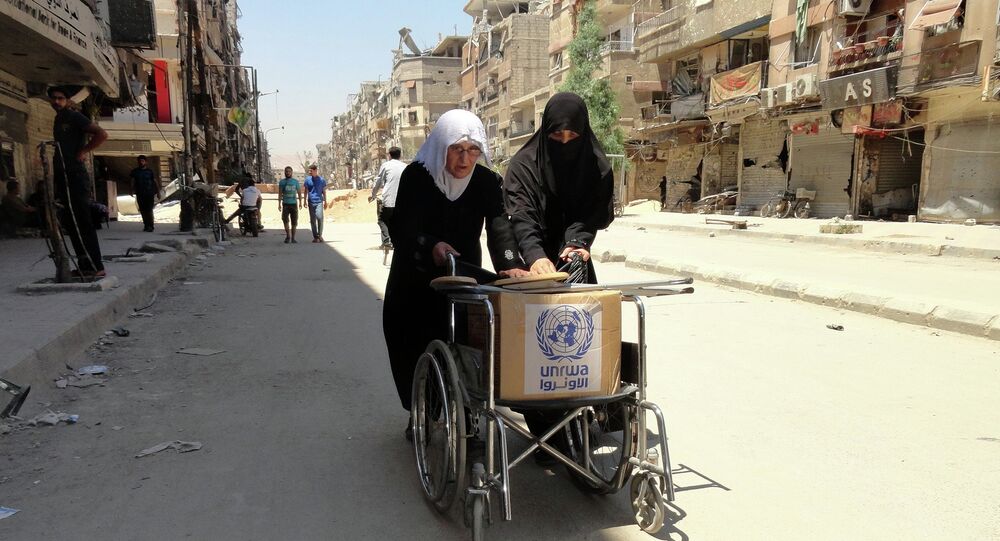 MOSCOW (Sputnik) – Ottawa has allocated $50 million in funding for the United Nations Relief and Works Agency for Palestine Refugees in the Near East (UNRWA), the Global Affairs Canada said in a statement in the wake of the US decision to withdraw its aid of $350 million a year to the agency.

"Canada has announced funding of up to $50 million for the United Nations Relief and Works Agency for Palestine Refugees in the Near East (UNRWA) and up to $12.5 million over five years for Right to Play International… This funding will help over 500,000 Palestinian girls and boys receive quality basic education. It will help to operate more than 140 primary health-care clinics and support outreach teams in delivering access to health-care services, medications and immunizations. It will also provide basic shelter and food for the poorest Palestinian refugees," the statement, published on the government website on Friday, read.

Moreover, the funds will support Palestinian refugees affected by the regional crisis caused by the Syrian conflict.

In late August, UNRWA confirmed to Sputnik that the United States would not give any funding to the agency in 2018, with some of the funding to be replaced by Saudi Arabia, the United Arab Emirates, Russia and Turkey. The US decision to cut funding to the UN agency was initially announced in early 2018 as US President Donald Trump said that Palestinians lacked willingness to hold peace talks with Israel and have no respect for the United States despite the massive financial aid provided to them by Washington.

UNRWA was set up in 1949 to support Palestinian refugees living in Jordan, Lebanon, Syria and the territories of the West Bank, including East Jerusalem and Gaza, pending the resolution of their conflict with Israel. The agency operates schools and various humanitarian organizations.

Over 100 US Congressmen Urge Trump to Resume Contributions to UNRWA