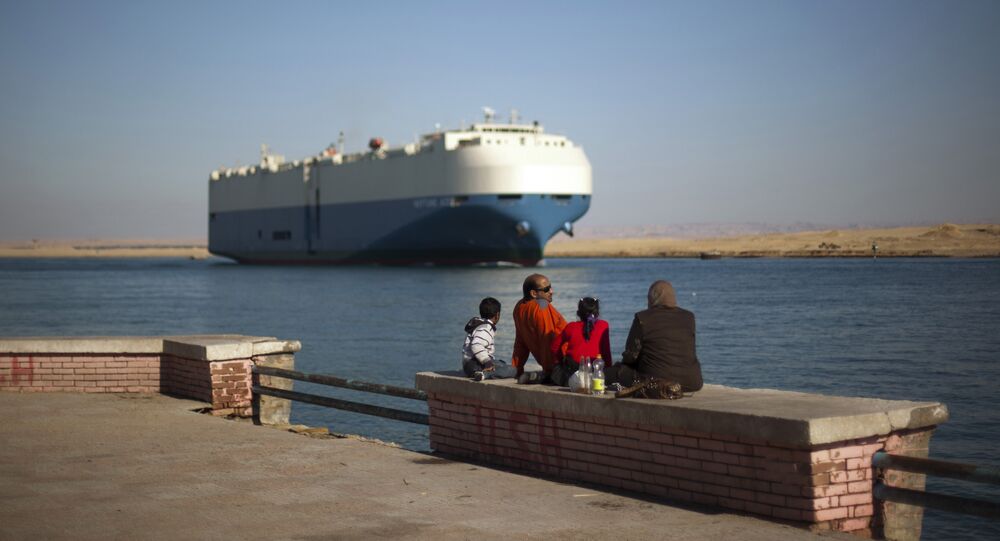 "The [bilateral] trade is increasing; it has already exceeded $6.5 billion. The practical implementation of major projects, the construction of a Russian-style nuclear power plant in El Dabaa and the creation of a Russian industrial zone in the area of Suez Canal, has started," Lavrov wrote in an article for the Egyptian Al-Ahram daily.

Moreover, Moscow is interested in stepping up cultural and humanitarian cooperation with Cairo, Sergey Lavrov said.

"We are interested in enhancing cultural and humanitarian ties and contacts between people. The decision to resume direct flights between the capitals of the two states, which were suspended in October 2015 after a terror act on board the Russian airplane flying over the Sinai Peninsula, contributes to that. This decision was made last December during Russian President Vladimir Putin’s visit to Cairo," Lavrov said in an interview with the Egyptian Al-Ahram daily.

Lavrov underscored the importance of increasing safety of citizens of the two countries, including during air travels, suggesting that it would break new ground in bilateral cooperation in the area of tourism.

The Russian-Egyptian dialogue was based on the commitment to form a more just and democratic polycentric world guided by the principles stipulated in the UN Charter, the Russian top diplomat pointed out.

© Sputnik / Michael Klimentyev
Putin Thanks Egypt for Cooperating With Russia in Settling Mideast Conflicts
Lavrov maintained that Moscow and Cairo supported crises settlement through political and diplomatic measures and the consolidation of the global community in the fight against terrorism and extremism as well as in strengthening the non-proliferation regime.

Russia was ready to boost coordination with Egypt on various multilateral platforms for maintaining peace and security in the Middle East and ensuring that the rights of the regional peoples to determine their own fate were observed, Lavrov argued.

There were all the preconditions for bringing the Russian-Egyptian partnership to a new level in the interests of the prosperity of the peoples of the two countries and maintaining global and regional stability, the foreign minister pointed out.

READ MORE: Russia Roaring Back to Business in Egypt — Media

In February 2016, Russia and Egypt signed a memorandum to establish a Russian industrial zone in Egypt in order to ensure localization of products manufactured for Egyptian, African, and Middle Eastern markets. Last March, the Egyptian government approved the creation of the zone.

In May, Moscow and Cairo signed an intergovernmental agreement to establish the industrial area.