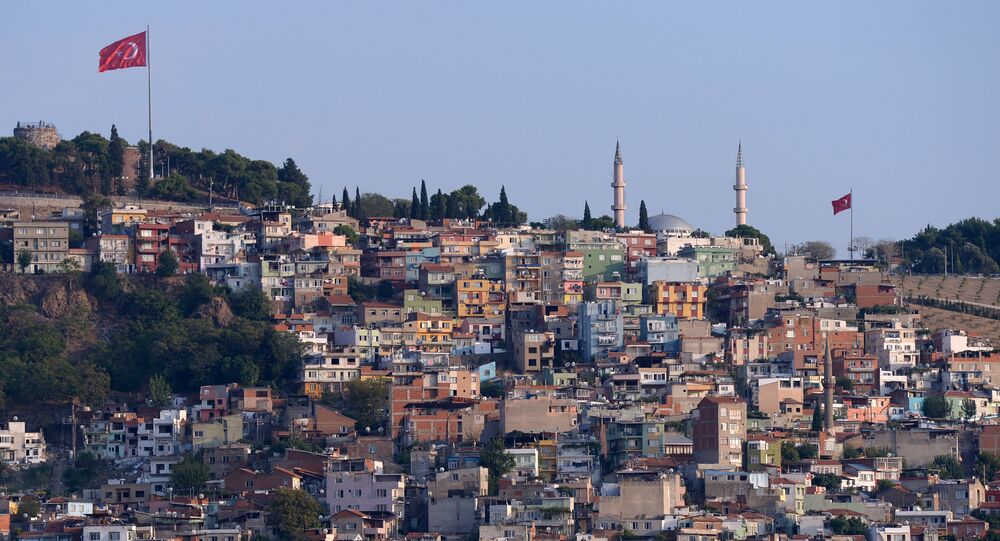 "This decision showed that Turkey is a constitutional state. We want to remind once again US President Donald Trump that the Turkish court is independent. The Republic of Turkey, like its court, will not accept any instructions from any agencies, authorities or people," Altun said in a statement.

Earlier in the day, the Izmir court sentenced Brunson to three years, one month and 15 days in prison but released him from house arrest, counting the time already served, which means he will not have to serve more time in custody.

© AP Photo / Emre Tazegul
Turkish Court Frees US Pastor Brunson After Two-Year Detention, Citing Time Served
Brunson's arrest significantly affected US-Turkish relations, triggering, in particular, a tariff row between the countries. The pastor was detained in 2016 over his alleged ties to the movement of Islamic cleric Fethullah Gulen, which Turkey holds responsible for orchestrating the failed military coup of 2016. The pastor was released from prison in late July, only to be moved to house arrest.
...
Reddit
Google+
Blogger
Pinterest
StumbleUpon
Telegram
WhatsApp
10